The United Kingdom (UK) has advised its citizens residing or visiting Nigeria against going to 19 states in Nigeria during the election period.

In the latest foreign travel advice to its citizens, the UK noted that the movement warning is due to violence, which may arise because of high tension in these states.

The UK noted that the election could be disrupted on very short notice with protests and demonstrations.

The statement said: “Presidential elections will take place in Nigeria on 16 February. In the run up to the elections, protests in Abuja and other Nigerian cities including Adamawa, Akwa Ibom, Imo, Kaduna, Kano, Kwara, Rivers are becoming increasingly frequent. Public gatherings and demonstrations may take place at short notice and have the potential to turn violent. You should avoid rallies, public gatherings and demonstrations, and monitor local media.

“The presidential elections could lead to the disruption of travel as a result of potential curfews or road blocks over the weekend of 16 and 17 February. Travel restrictions could also affect passengers arriving or departing from Lagos and Abuja international airports.”

The states and other places warned against are: Borno, Yobe, Adamawa, Gombe, riverine areas of Delta, Bayelsa, Rivers, Akwa Ibom and Cross River, and within 20km of the border with Niger in Zamfara State.

Others are: Bauchi, Zamfara, Kano, Abia, Kaduna, Jigawa, Katsina, Kogi, within 20km of the border with Niger in Sokoto and Kebbi, non-riverine areas of Delta, Bayelsa and Rivers.

The UK also predicted the possibilities of terrorist attacks and kidnapping in the country.

The newsletter read: “There’s a high threat of kidnap throughout Nigeria. Kidnaps can be motivated by criminality or terrorism and could be carried out for financial or political gain.

“Terrorists are very likely to try to carry out attacks in Nigeria. Most attacks occur in the north east, particularly in Borno (including central Maiduguri and along access routes connecting the city to other major towns), Yobe, Adamawa and Gombe states. There have also been significant attacks in Kano, Kaduna, Jos and Bauchi states and in the Federal Capital, Abuja.”

It added that attacks could be indiscriminate and could affect western interests, as well as places visited by tourists. Besides Abuja, other major towns and cities remain particularly at risk, including Kano and Kaduna. 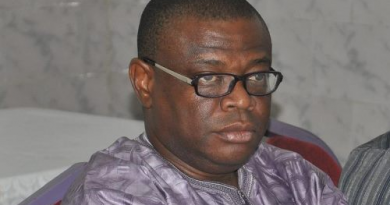 Edo is yet to pass anti-grazing law because it wanted to be sure it could enforce the law.-Obaseki (Vanguard Oct 13, 2021)

***Laughable. Even fools will not believe your lies. ... See MoreSee Less

Dangote never give go ahead.