Exactly four years ago, Nigerians thronged to the polls to elect the incumbent Muhammadu Buhari of the APC after Goodluck Jonathan of the PDP had overseen an administration replete with sizeable catastrophes that undermined Nigeria’s progress as a nation. At the time, Atiku Abubakar was a chieftain of the APC until his wild ambition for the Nigerian presidency drove him to re-join the PDP.

Four years later, having experienced monumental ineptitude and unprecedented nepotism in the Buhari Administration, Nigerians have another opportunity this Saturday to chart a new path in history. The single issue for determination as Nigerians head to the polls is whether or not a country with a high population of young and highly gifted people should be left in the hands of septuagenarians who have failed and consistently looted our treasury for approximately six decades! The combined years of the APC and the PDP in power, along with the terrible track records of their presidential candidates, should signal a strong warning to Nigerians. The same characters who have shattered our hopes of having a great nation cannot now implement policies that will benefit everyday Nigerians. The same characters who for 58 years failed to give us power, good roads, water, housing, equipped hospitals and schools, etc will never think of putting these things in place in the next four years.

One of the fundamental problems of the Nigerian electorate is that he has been deluded into believing that the seat of power is the birthright of the APC and the PDP. Nigerians must immediately be reminded that the PDP were evicted in 2015 for their woeful performance in office after sixteen tall years, and now that Buhari’s APC has followed the same path of failure, turning to Atiku and PDP for succour is a move that Nigerians will forever rue. Nigeria will not and cannot be the property of the APC and the PDP. Now is, therefore, the time to seek a better and credible alternative, away from the old, failed and overly corrupt generation that continues to impose itself on the people even when they lack the skill and intellectual capacity to cope with the tasks that come with the Office of the President of Nigeria.

It is laughable for Nigerians to continue to recycle the same old and analogue leadership and then expect a different result after the elections. The truth is that an analogue leader cannot perform beyond his capacity, his head will explode and shatter into tiny shreds without a prior warning.

The Nigerian youth whose role has always been reduced to that of a political gorilla aimed at maiming and killing on election day must tender his resignation letter to his slave master and support members of his generation who have shown courage to permanently retire the likes of Atiku and Buhari, two figures whose track records appear extremely frightening for the future that the new Nigeria deserves.

By now, it should be obvious to Nigerians that both Atiku and Buhari lack the competence to move Nigeria from a Third World to a First World nation, even if each of them is allowed five hundred years in office. This is evident in the wasted eight years during which Atiku and Obasanjo led Nigeria, a period which witnessed a healthy competition in the privatisation of public wealth between both men, before the contest culminated in a stern face off.

As for Buhari, his incompetence since assuming office in 2015 is unspeakable. With his fragile health, he is being pushed by an Aso Rock cabal headed by Abba Kyari and Mamman Daura, two desperate individuals who presently run the country. Buhari’s ascension to power has been a reign of pain and terror, accompanied by first-class nepotism and corruption. The Buhari Administration is so visionless that it presented no manifesto throughout its campaign period, except for displaying eight fingers at every campaign venue. In fact, the “change” mantra was abandoned for the 2019 campaign after it became clear to them that the people had tagged it a scam of gargantuan proportions. The Administration then proceeded to plagiarise the “Next Level” slogan which Nigerians rightly see as the next level of poverty, starvation, death, unfathomable darkness, etc.

Like in Ekiti and Osun States, the Buhari Administration has finished putting finishing touches to manipulate the presidential elections by all means. The Buhari government is working in cahoots with INEC, the judiciary and all the security agencies to impose Buhari on Nigerians for another four years. This, of course, accounts for why Buhari’s appointments are lopsided, favouring Northern individuals whom he probably believes will be loyal to his grand scheme. On the other hand, the PDP whose presidential candidate is equally desperate, is not left out of this grand conspiracy against the Nigerian people. As former chieftain of the party Ibrahim Mantu confessed in 2018, the PDP has rigged itself to power since Nigeria returned to democracy in 1999, before their manipulating skills deserted them in 2015.

The young people of Nigeria whose future is about to be kidnapped for the umpteenth time by their own ancestors must compulsorily reject Atiku Abubakar and Muhammadu Buhari as both candidates are not interested in the progress of Nigeria and its people, except for the illegal accumulation of public wealth at the expense of millions of citizens who struggle on a daily basis to stay alive! Nigerians have the opportunity to express their displeasure by masterminding an electoral revolution that will sideline our destiny kidnappers for life. But the question is: are oppressed Nigerians truly ready to break free from the chains of their internal colonialists?

You have been warned. The choice to heed and act right is entirely yours! 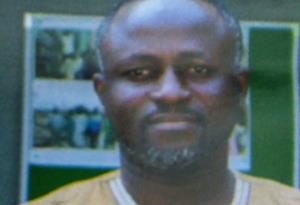 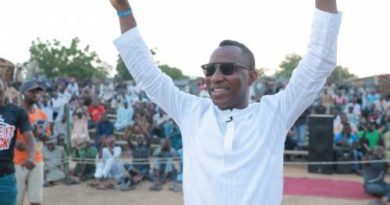 If you’ve been living the no makeup life, Rihanna is here to remind you it’s time to beat your face.

WHO, WTO Commit To Tackle Challenges In Global Supply Chains