DAKAR, Feb 14 (Thomson Reuters Foundation) – Experts predict the number of women who win seats in Nigeria’s Saturday elections is likely to fall below the existing 6 percent – already one of the lowest rates in the world.

UN Women said only 51 women are standing for Congress with the four biggest parties, down more than a third on 2015’s historic poll, when Muhammadu Buhari became the first Nigerian to oust a sitting president at the ballot box.

Women were attacked, threatened with violence and forced to give up their places to men during the party primaries last year, said Mufuliat Fijabi, head of the Nigerian Women Trust Fund, an advocacy group seeking to boost women’s leadership.

“It’s worse this year because the conduct of the political parties’ primaries is not the type that we’ve ever seen before,” Fijabi told the Thomson Reuters Foundation.

“Some of the parties clearly stated that they feel that women cannot win the elections for them.”

Some party leaders pressured women to step down, while others irregularly removed winning women’s names from their lists of candidates submitted to the Independent National Electoral Commission (INEC), Fijabi said.

INEC said it must accept candidate lists as presented by the parties, but that it is working with them on the need to open up political space for women.

Nigeria, Africa’s most populous nation, ranks 181 out of 193 countries for the percentage of women in parliament, according to the Inter-Parliamentary Union (IPU), the international organisation of parliaments.

The presidency is expected to be a race between incumbent Muhammadu Buhari and former vice president Atiku Abubakar, both men in their 70s.

Zainab Sulaiman Umar, a 26-year-old running for a seat in the Kano State House of Assembly, said she was attacked by a group of men with knives while campaigning last year.

“They wanted to scare me, but I didn’t give up,” she said.

“I believe it’s something that women will look up to … and I hope that more women will come into politics.”

Having the means to finance a campaign is also a significant obstacle for women seeking office, said Umar, who took part in a training programme for female candidates organised by UN Women, the United Nations agency for gender equality.

The agency is pushing for the adoption of a bill that would introduce affirmative action for women in politics. (Reporting by Nellie Peyton; Editing by Katy Migiro. Please credit the Thomson Reuters Foundation, the charitable arm of Thomson Reuters, that covers humanitarian news, women’s and LGBT+ rights, human trafficking, property rights, and climate change. Visit news.trust.org) 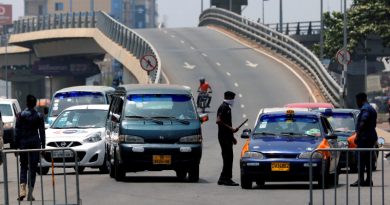