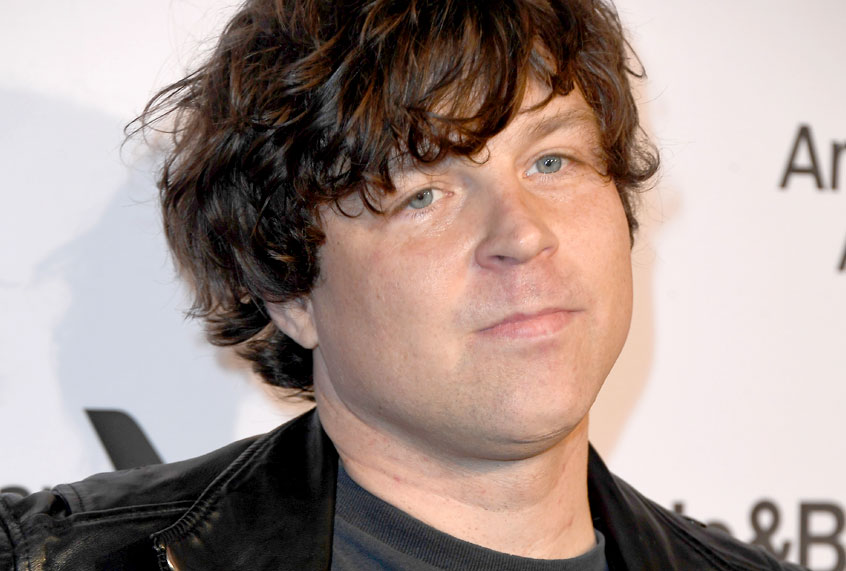 The thing is, Ryan Adams knows what it feels like to be humiliated while he’s trying to do what he loves.

Ryan Adams knows what it feels like to be unable to stop another person from ruining a momentous artistic experience for him.

Ryan Adams has felt the unfair loss of a dream, a triumph becoming, in the blink of an eye, “a fight to survive my own nerves.” Ryan Adams knows what it feels like to be seen as a joke.

We know he knows because the New York Times gave him space in 2017, 15 years after the fact, to write 1,400 words emotionally retconning the notorious Nashville show in which he threw a patron out of the storied Ryman Auditorium for repeatedly yelling at Adams to play “Summer of ’69,” a move that cemented Adams’ reputation — depending on who you ask — somewhere between volatile genius and thin-skinned prick offended that someone would even jokingly mistake him for someone as uncool as Bryan Adams, Canadian ’80s pop superstar.

In Adams’ retelling of the night, his response to the heckler was “genuine” and rooted in empathy, not petty vengeance. Once he got in the other man’s face, “The anger left me, and I instantly felt bad. No one was there for this man.”

Wait, do we know this? Can Adams prove that the anger really left him? That he — allegedly — felt bad for that “unshaven, bleary-eyed” man?

At the end of the day isn’t it just his version of the events — that, when, it came right down to it, he actually felt protective of this guy with “eyes … like two poached eggs waiting to break” — that he asks us to believe?

. . . I was so angry. I felt humiliated, but what else could be done? Either way I had lost something. Unlike a more seasoned comic or musician, I didn’t have the experience to ignore a situation like this, or to use wit to turn it around. I felt a kind of disappointment and disillusionment that I had never known — and it was in front of a thousand-plus people.

Whether readers bought Adams’ self-redemption narrative or not, he was afforded the ultimate platform for it — a first-person New York Times piece — and all of the benefit of the doubt that goes with that: we were expected to believe him, because he was there. To some extent it probably worked. After years of jerky behavior, he’d gotten sober and healthy, and hey, everyone loves a bad boy’s redemption song. He wasn’t immediately dismissed with, but why did you wait 15 years to write this essay?

Adams’ essay, and how his feelings were presented as legitimate, matters again because on Wednesday, the New York Times published a report alleging that Adams engaged in sexual misconduct as well as emotionally abusive and professionally manipulative behavior directed at seven women — including his ex-wife, “This Is Us” star and singer Mandy Moore, indie-folk artist (and member of the nascent supergroup Boygenius) Phoebe Bridgers, and singer/songwriter Courtney Jaye. Their stories are all disturbingly similar, and involve Adams allegedly leveraging his status in professional settings as a coveted artistic collaborator in terrible ways.

A young woman the Times identifies only as “Ava,” because she was underage at the time the allegations occurred, received graphic texts from Adams — comparing himself to R. Kelly, even — and, she says, showed up for a Skype session to find Adams naked, all under the guise of professional collaboration and mentorship.

As their relationship waned, Adams returned to the possibility of recording together. But for Ava, the idea that she would be objectified or have to sleep with people to get ahead “just totally put me off to the whole idea” of being a musician, she said. She never played another gig.

Adams has denied the allegations, and after the story’s publication, tweeted the following statement:

I keep going back to the part where Ava admits the whole experience turned her off pursuing music while she was still in her teens. As many women have pointed out after reading the story, how much artistic potential has been ruined in girls and women by similar encounters before it ever had a chance to develop?

I go back to Ryan Adams’ 1,400-word deep dive, in the paper of record, into his own feelings about how a stranger once made him feel small while he stood on one of the (metaphorically speaking, at least) biggest stages in the world and then we had to all hear about it one way or another for the next 15 years. And I think about who in the music industry, in music fandom, in music scenes big and small, international and hyperlocal, gets the benefit of the doubt, whose realities are validated and whose are treated with suspicion, with derision, with blithe dismissal.

I think about how more than a year ago, the one and only Ann Powers wrote her incisive takedown of rock’s boys club and how hard it will work to reinforce its gendered power structure:

It’s important to consider how women have survived within rock’s priapic playground for so long: sometimes through compromise, often through subversion and resistance. There has to be a way for girls to find themselves in the mosh pit, and on the stage, without fearing abuse. Change will only truly come as the playing field shifts, with more women in the lead and men able to accept that.

I think about how for years women in my city have been asking nicely to see more inclusive stages and events and how, when they stopped smiling and started demanding, they were dismissed as “haters” who were jealous, or unreasonable, or just not bright enough to understand that there were simply more men interested in playing musical professionally, and what could anyone possibly do about that?

I think about the cultural forces that shape our expectations that men in music will take a professional and personal interest in a talented younger woman at the same time, and that’s never supposed to set off warning bells, even when he clearly feels it gives him the right to control her artistically, and that he will lash out when she attempts to move out from under his magnanimous, protective shadow but it’s only because only he can care that deeply about her authenticity, which is to say her very soul. I mean, “A Star Is Born” is up for Best Picture this year.

I think about how right now — in New York, in Nashville, in Los Angeles, in an all-ages venue in a suburb of some city you’ve never even thought about — some version of this sad old song is playing out right now, I guarantee it, and will continue until accountability is normalized, and until girls and women are normalized in positions of power. After all, as Telegraph music critic Neil McCormick points out, in a column that is more about what a singular talent, deep thinker, and prolific creator Adams is than the women speaking out now — which tells you everything you need to know about the ongoing priorities of the industry and the press that supports it, by the way — “if having sleazy relationships with musical admirers is a career-wrecking crime, I suspect they are going to have to lock up half the rock and pop stars who ever stepped onto a stage.” Reductive characterization of “musical admirers” and sloppily inaccurate prison metaphor aside . . . do you promise?

I think about how this isn’t just a story about the depths of one “bad boy”‘s behavior, and it’s not just the omnipresent threat of shitty music men threatening to ruin what women and girls love to do, either — it’s literary, it’s theatre, it’s film, it’s art, it’s tech, it’s journalism, it’s law, it’s on the campaign trail, it’s anywhere women are supposed to be forever the adoring, grateful, deferential audience to male stars, even as they’re on stage themselves. And it’s exhausting. The cycle of women having to bare their trauma on the national stage is exhausting. The bravery of every woman who stands up to demand accountability on behalf of her industry is astonishing, and inspiring. And still — despite all hyperbole about tidal waves of reckoning crashing upon our shores — the meaningful change continues to be fought for, inch by inch.

But the men, they feel so deeply; one yelling stranger can haunt them for years. Allegedly, according to his own report, Ryan Adams knows what it feels like to be humiliated, stifled, silenced while he is trying to work. “I so desperately just wanted to play,” he wrote about that brief moment he felt undermined before he went back to doing what he loves and is good at. Meanwhile, there’s a girl who never did again.

His dark materials: Trump’s war on truth gets sicker, and more dangerous

The Rent Control Department has asked the rent seekers to report agents who charge a 10 percent fee. Speaking on