“I just received the following wire from my generous Daddy: ”Dear Jack, Don’t buy a single vote more than is necessary. I’ll be damned if I’m going to pay for a landslide.’”- John Kennedy

This post does not celebrate the ugly incidence of vote-buying but rather tries to satirically view how much you need to buy each vote and become the Next President of Nigeria if you are rich enough. Statistics from the 2015 elections would be used again. Assuming everyone who voted in 2015 votes again but this time each person is paid. How much does a candidate need to win?

There is no unanimous cost of a vote. Usually, it is bought with rice, bread, recharge card and other such. In Papua, votes are bought with pigs or pork. You cannot really arrive at a general price for the vote. In some polling Units, as much as 5,000naira(13.70USD) or as low as 1,000 naira is used to buy votes. If items are bought and distributed such as rice, it makes the general cost of buying the election cheaper as you can buy rice in bulk and break into smaller units.

In 2015, President Buhari won with 15,424,921 or 53.96 of the total votes cast. In order to have this score, if you pay each voter 2,000 naira you are going to arrive at 30,849,842,000. Do you remember that Davido song? 30 billion for the account o! Yes, Davido is rich enough to buy the Presidential elections if his claim to having such amount is true and he is ready to spend all his money at a big risk to become President. But it is a risk that is worth it. Just some signatures and he is back to fortune as soon as enters office on May 29. He may need a bit more if you consider those given money might not give it to voters so they need to be bribed full first so that they can give out generously to others.

If you are not a rich music artiste and you want to contest, you can raise it through sponsorships. If you are lucky to find sponsors usually people in the business world that want the contracts when you emerge or foreign sponsors, you can rush down with 2k per voter and you are the next President.

What if not so ambitious? You do not want to be President. You think ‘hey. I just want to be a Governor and be okay with that’. Which state do you want? It’s simple maths. Multiply the total number of votes you want by 2,000 and get a sponsor if you are not rich. It is a business sort of thing. For most states, you do not need more than 300million to 1billion. If you need 400,000 votes at 2,000 naira each, you will need 800,000,000. In most states in Nigeria, you do not need up to 400,000 votes to win the Gubernatorial. Being a Governor is cheaper! Why not contest for this?

It is sad that poor economic conditions have ensured people trade their votes for instant survival. Is it not even more shocking that one person in the country can buy elections if everyone was to sell?

It is more sad that the gap between the rich and the poor continues to expand and as such people who desire instant survival find it easier to trade their votes while those who are far richer make use of their economic strength to pull the strings within the political arena. 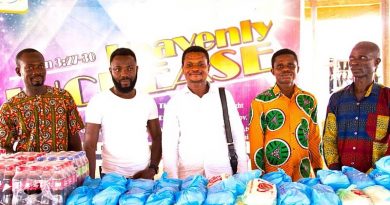