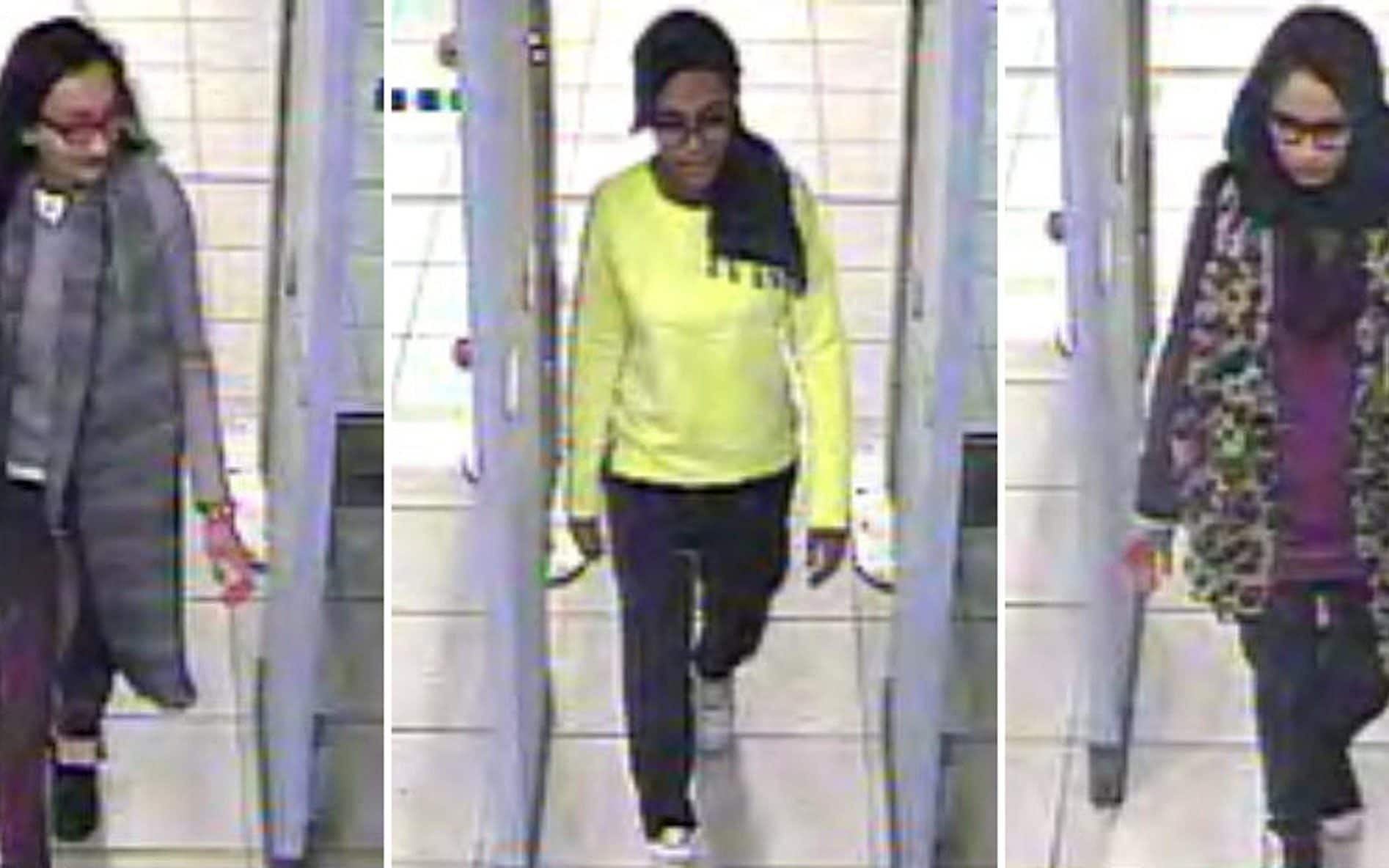 A British schoolgirl who fled to Syria to join Islamic State of Iraq and the Levant has said she does not regret it, but wants to return to the UK to give birth.

Shamima Begum, 19, vanished from her home in Bethnal Green in London four years ago, along with two other teenage girls, Kadiza Sultana and Amira Abase.

A girl who identified herself as Shamima Begum, was found in a refugee camp in Syria as the Isil caliphate collapsed, the Times reported.

In an interview with the newspaper she described how she had been living in the caliphate and had married an Isil fighter from the Netherlands called Yago Riedijk.

She was heavily pregnant and due to give birth any day.

The girl is living in the al-Hawl refugee camp in northern Syria along with 39,000 other refugees.

She described having seen a severed head in a bin during her time with Isil, and escaping bombs dropping, the Times reported.

The teenager also said she had already given birth to two children, both of whom died in infancy.

She told the Times: “I’m not the same silly little 15-year-old schoolgirl who ran away from Bethnal Green four years ago. And I don’t regret coming here.”

She added: “I am scared this baby is going to get sick in this camp, that’s why I want to get back to Britain, because I know my baby will be looked after.”

The three girls had joined another London teenager, Sharmeena Begum, in Syria. All were married off to jihadists.

Shamima Begum said at least one of her friends, Kadiza Sultana, had been killed when a bomb hit a house in Raqqa.

The other two girls reportedly stayed on to fight in Baghuz in eastern Syria, along with a few hundred Isil fighters, as the caliphate came to an end.

Shamima Begum and her husband fled instead, and the husband surrendered to Kurdish forces.

The girl told the Times she had spoken to her mother in the UK and asked for her support when she goes home.

She had also read what had been written about her online by people back in the UK.

“The caliphate is over,” she told the Times. “There was so much oppression and corruption that I don’t think they deserved victory. I know what everyone at home thinks of me. But I just want to come home to have my child. All I want to do is come home to Britain.”

The Home Office said it does not comment on individual cases, although anyone who returns to the UK after travelling to IS territory faces criminal investigation and stricter laws are now in place.

Security Minister Ben Wallace said: “The UK advises against all travel to Syria and parts of Iraq. Anyone who does travel to these areas, for whatever reason, is putting themselves in considerable danger.

“Everyone who returns from taking part in the conflict in Syria or Iraq must expect to be investigated by the police to determine if they have committed criminal offences, and to ensure that they do not pose a threat to our national security.

“There are a range of terrorism offences where individuals can be convicted for crimes committed overseas and we can also use Temporary Exclusion Orders to control an individuals’ return to the UK.”

Tasnime Akunjee, a lawyer who was instructed by the Bethnal Green girls’ families after they ran away, said he was “glad (Ms Begum) is alive and safe”.

He told the Press Association the authorities should be reminded of former Metropolitan Police Commissioner Bernard Hogan-Howe’s position at the time of their disappearance.

“The position of the Metropolitan Police was that they should be treated as victims, so long as they hadn’t committed any further offences while they are out there,” he said.

Mr Akunjee said he had spoken to the girls’ families, who had “expressed the position that they want time and space to process what’s happened”.

The Western-backed Syrian Democratic Forces (SDF) are expected to announce the territorial defeat of Isil in the coming days.

Around 2,000 US special forces are expected to be brought home by April.

Giving evidence to MPs in the wake of the British schoolgirls’s disappearance, in 2015, senior police officers said they would not be treated as criminals if they returned home.

They said there was a “difference between the person running around with a Kalishnikov” and three schoolgirls who had been duped into travelling to Syria.

The girls funded their travel to Syria by stealing jewellery from relatives, paying more than £1,000 in cash to a local travel agent for their flights to Turkey.

Donald Trump has said Isil is “defeated”and that an announcement is imminent on “100 percent of the caliphate” having been retaken.

The war to push Isil out of its so-called caliphate had lasted more than four-and-a-half years.

The area once covered part of Syria and Iraq that was around the size of Britain.

Pentagon officials have warned that Isil remains an “active insurgent group in both Iraq and Syria”.

I grew up in the city, not hiking or camping. As an adult, I want my family to enjoy nature’s beauty