In the last eight years of my engagement with political discussants online and offline, I have had serious clashes with the ‘educated ones’; those who unfortunately shape opinions for others in national conversations. I have at various times, noticed that most Nigerians especially young people are regurgitators. They swallow everything without critical thinking and vomit them without critical assessment. They are the ‘According to…’ people.

‘According to Professor Wole Soyinka, you must not sleep with your eyes closed at night’. ‘Femi Falana SAN said a lawyer that wants to be successful must read 200 books in a day’. These are witty examples of  ‘quotables’ you hear these days even at this electioneering period. This is not to deride any of the mentioned personalities. For no reason would I. But don’t we find it nauseating that young people even quote someone as backward as Dino Melaye?

My encounter with these opinion shapers has made a lot of them- Doctors, Lawyers, Businessmen to block me and break relationship with me. I am unperturbed. Going forward, I would have to lose a lot of links with these because they mislead a lot of people who follow them and would always believe their stances on issues either right or wrong. Many people believe them because of their statuses in Society or their financial appearance.

Isn’t it rather embarrassing that a Senior Advocate of repute like Olisa Agbakoba would be a proponent of ‘Anybody but Buhari’?. Wasn’t it the same mantra in 2015 that brought us here? It was ‘Anybody but Jonathan’ in 2015. Today, Jonathan is looking like a Pope and Wizkid compared to Buhari.

Isn’t it worrisome that the SAN does not understand that even if a Jesus comes under this kind of system that we run, he would mess up big time. It is not just changing the ‘who’. It is changing the ‘what’.

I agree with the ‘Anybody but Buhari’ mantra but what we must major on is finding another system besides this system that impoverishes the poor to continue enriching the rich. A man who wants to sell NNPC to enrich his friends falls under the ‘Anybody  but Buhari’ category. He is Atiku. But we all know who his friends are. I and that woman who sells pepper at Oshodi market are not his friends. We can’t buy NNPC. The gap between the poor and the rich would only be widened by such policy. Why isn’t the SAN talking about this? Or talking about the person posing another idea? His name is Sowore. He is not selling any national asset. He is even proposing how to ‘take them back’ from greedy individuals.

Dear SAN,
In the 2019 Presidential elections, it must be both ‘Whom to Change’ and ‘What to Change’.

Rape: Silence no longer an option — Saraki, others tell victims 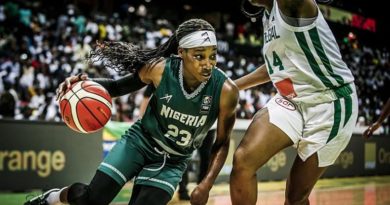 The Minister of Finance, Mr Ken Ofori-Atta insists that the Agyapa Royalties deal is transparent. The sector minister indicated that