Ten governorship candidates in Adamawa State have denied endorsing Governor Jibrilla Bindow, candidate of the All Progressives Congress (APC), in the forthcoming election.

Five of the candidates who addressed journalists on Wednesday in Yola, debunked the endorsement, saying: “We were tricked into the gimmick of the so-called endorsement of the APC candidate”.

“We were embarrassed to hear the Chairman announce that we have collapsed our political structures into the APC, to support Governor Bindow’s reelection bid,” the candidates said in a statement.

Simeon Frank Kwashihula, candidate of MPN, and spokesman of the candidates, said: “Oshiomhole lied to the gathering by the fraudulent announcement. We wish to state for the record that we attended the flag-off based on invitation, the same way we’ve attended flag-off of other contestants, who are members of the ‘New Generation Governorship Candidates’ Forum (NGGCF).

“Following the event, we approached Governor Bindow and asked him to retract. But he pleaded with us on condition of carrying out certain developmental projects. Therefore, this press conference has become necessary to deny the unauthorised statement made by APC National Chairman during the flag-off.” 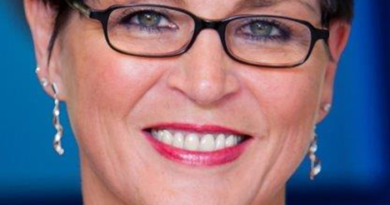 Will 2020 Kick-start Decade Of The Driven Human? By Deseré Orrill

I Am Not Disturbed By PDP’s Move To Seek Judgment Review, Uzodinma Says