Nyesom Wike, the Governor of Rivers State, has called on Nigerians and the international community to hold Rotimi Amaechi, Minister of Transportation, and the All Progressives Congress (APC) responsible for any outbreak of violence during the forthcoming elections.

A press statement by Emma Okah, Rivers State Commissioner for Information and Communications, was issued as a result of the comments of Amaechi, who is also the Director General of the Muhammadu Buhari Campaign Organisation.

The state government accused the governor of making caustic comments capable of causing violence during the APC campaign rally in Port Harcourt, the Rivers State capital.

Okah said: “This threat is deeply frightening and all well-meaning Nigerians and indeed members of the international community should take note of this threat from high quarters which the world heard directly or live on Channels Television, right before President Muhammadu Buhari and yet nobody reprimanded him

“It is indeed more frightening that while the President has repeatedly assured Nigerians and the international community of free, fair and peaceful elections in 2019, an appointee of the President would brazenly threaten bloodshed in the presence of the President and other APC chieftains and yet nobody cautioned him.”

Amaechi had accused Wike of lobbying to return as governor.

He said: “Whatever PDP wants in Rivers State, we are equal to the task. In 2015, the army tried to arrest me as a sitting governor. Now, we have a governor who is trying to negotiate with us, asking us to give him governor and in return, he will support us for President. He is afraid, isn’t it? We will battle him to the last.

“On Saturday, we are ready for them. They used federal and state institutions against us. They used to kill our people every day. Because they want to deny us the right to choose our leaders, they ran to a state High Court judge to give them judgment. Saturday is our day.”

‘We must sustain, cherish our subsisting unity, brotherhood’ 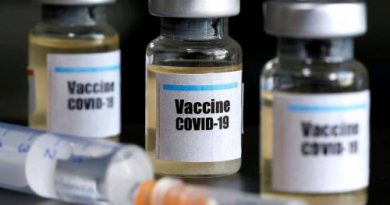 what is ultra modern in that building?

Multi purpose what? Politicians don't have shame at all. Everything about it is disgusting, both in the size, poor venliation and design. Semi prison indeed.

Well-done but please check the meaning of Ultra modern

So mr politician, this is what u call ultra modern... Ahhh Naija don over spoi

C/R: 10 month-old baby died after being buried alive at Gomoa-Nyanyano