Last time, it was at the campus of the legendary Great Ife.

This time, the much awaited happened right at the Olumo Republic (apology to Adeola Soetan). Ex-comrade Adams Oshiomhole, APC national Chair and President Buhari were stoned.

The reason was the anti-democratic credentials that both have been exhibiting, using the internal politics of their party as an opening glee.

We are all witnesses to the fact that both Buhari and Oshiomhole have been speaking recently like small gods. They call the bluffs of all dissents and act as dictators on issues affecting the common man and the entire populace.

Recall that the uncomrade Oshiomhole once retorted that when a looter joins APC,”all your sins are forgiven! ” This is a pure daring of the entire people who had been fooled in 2015 by Buhari’s anti-corruption posers and his so-called no-nonsense and strongman politics. And Oshiomhole, had trusted his legendary dramaturgy of a great trade unionist who is standing with the masses. Of course, from his foray as Edo Governor and his recent misrules as APC chair, all the fakings of being a real comrade before the people is now exposed.

The APC had used Oshiomhole’s labour influence and his usual fruitless grandstands as posters to deceive the working people. This is the same thing being done with Festus Keyamo. The party is never progressive as they claim, but needs some ambitious individuals acting as progressives to fake us and keep us so deceived. Buhari’s “gaskiya” tag as a soldier of integrity was also explored in 2015 and is still sold to us a dummy now. But that black and beautiful rock, Olumo, stoned their lies away yesterday.

Some jesters would ascribe what happened at the Ogun rally yesterday as “internal party politics” or the godforsaken “family affairs,” we the working people are scattered across parties and are the ones used to build the spithouses they call political structures. The same suffer head affects the many working people in APC and PDP despite the fact that these parties are anti-people. This is not blamable as life does not, like politics, allow for any vacuum.

Many of the youths trooping to Omoyele Sowore’s AAC today have been in the big parties before. So, a democratic ideal is always on the cards anywhere the masses are. We need to patiently explain to the angry APC members who raged against their party’s nondemocratic way in Abeokuta yesterday to look for a real democratic party away from both big ones and support the struggle to birth another Nigeria.

Buhari and the APC do not have a democratic culture which is reflective of how they rule Nigeria. Alas in Ogun. Charity began at home. The spithouse is falling!

This piece is meant to be a comic relief and short skits crack the ribs longer.

Emperor Tinubu got glued and lost action in all of the stoning saga, only to vent his toad-like anger on the flag of the broom. The Jagaban flung away the sweepless brooming flag!

But while we cry and laugh, we must never forget that the PDP also crumbled this same way at the last general elections. Yet we failed to make the best out of the mockery. We handed the baton to another side of the old order. This must not repeat itself.

It is insanity to keep trying the same formula for the same problem. To replace the rulers stones yesterday at our proud Olumo republic, we must not concede another four years of tragedy to the PDP. It is better to dare history and make the best change. The African Action Congress (APC) with its alternative programs highlighted in the SPICER HEAT, and its activist membership and leadership; portrays a party that can safely secure our future.

The spithouse of PDP fell with Jonathan, another spithouse in APC replaced it. What is to be done is to do away with spithouses and erect a structure we can own and call our own.

A structure built with our hard earned millions wilfully. A structure that will be truly democratic and will care more about the general welfare of the majority through free education at all levels; free and quality health care; a minimum wage of #100,000; mass employment through the public sector; and a country that will never feed the greedy and make the needy hungry. Let’s not overate the power of these so-called big parties, we are more in mass than them. Those who make the mistake of not voting in anger or in the feeling that the elections will be rigged should take the pain to act first instead. The AAC has veteran activists who have been leading participants in major mass actions against bad governance from Anti-SAP to June 12 Six-Revolution; the fight against Third term to the nine general strikes against neo-liberalism since 1999, and especially the January 2012 Uprising Against Fuel Subsidy Removal.

AAC is also populated with valuable youths that have been significant activists on their campuses; work places; trade unions and the civil society. Many of them were active participants in the famous #ENDSARS; TUFACE/Enough is Enough 2017 struggle; anti-demolition struggles in Otodo Gbame and other parts of the country. The party also have a mass of practical intellectuals and professionals who represent a fast declining middle class that is being chopped up by the wide gap between the poor and the rich. It is a peopled structure that is needed now, not one built by stolen public money.

That structure is in Omoyele Sowore’s AAC. It will be a mass stoning of both big parties when we all match out in our millions to vote out the worthless brooms and the leaking umbrellas, and carefully heartfully pin our hind fingers to vote the ten trusted hands waving at the third box in the February 16th ballot paper.

Let’s make a destiny with history and #TakeItBack! 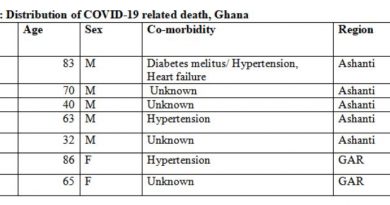 European Union Answers el-Rufai: We Only Go To Countries That Invite Us