* About 20 cargoes of Nigerian crude were left in the March loading programme.

* India’s IOC issued two buy tenders for crude loading March 26 to April 4 and another for April 7-16. Both tenders close on Feb. 14 with results expected the following day.

* The April Angolan programme is expected at the end of the week.

* Nigeria’s economy grew in 2018 at its fastest pace since a recession two years earlier, data showed, just days before a presidential election in which boosting growth has been a major campaign issue. (Reporting by Julia Payne Editing by Mark Potter and Edmund Blair) )) 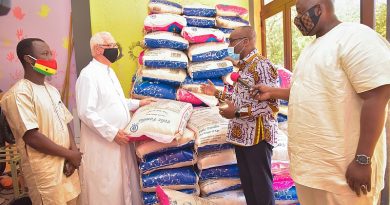 I always advise our youths to be calm and learn from strategic political analysis. What is not talked about is worse than what is talked about.

The people are the ones to decide the type of governance they want. That is participatory democracy. You cannot get political analysis right if you are overstretched by stomach politics and anger. You need to listen to others.

Thank you brother for the consistency and hope you always give on this platform. I can hear the song of victory

You are always on point, your analysis is accurate. God bless u sir!

I am afraid they don't do their over night work.

Will Democrats fight? After RBG, how far will they go to stop Mitch McConnell’s power grab?