LAGOS, Feb 12 (Reuters) – Nigeria’s gross domestic product grew 2.38 percent in the last quarter of 2018 compared with 2.11 percent in the same quarter a year before, the National Bureau of Statistics said on Tuesday.

Nigeria’s economy emerged from recession in 2017 and has been recovering largely because of higher oil prices, though growth remains fragile. Gross domestic product grew by 1.93 percent overall in 2018, more than the 0.82 percent in 2017, the statistics office said.

A Reuters poll of analysts had forecast median growth of 2.1 percent for the Nigerian economy, saying growth was expected to slow as investors hold off before 2019 elections.

Nigerians vote on Saturday for a new president. Incumbent Muhammadu Buhari is hoping his record on corruption, security and boosting the economy can secure him a second four-year term in office.

The government had projected 2 percent growth for 2018. The World Bank has said Nigeria’s economy will grow slightly less than 2 percent this year as the approach of elections keeps foreign investors away. (Reporting by Chijioke Ohuocha; editing by Larry King) 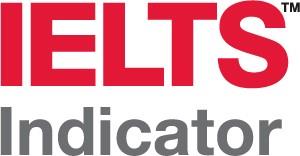 Restoring dignity back to politics. A leader extraordinary, I salute you greatly sir. ... See MoreSee Less

You guys should calm down, so we don't scatter this table.

Though we have never worked together, I love this man with passion because of his style of politicking

Honestly, Hon. Joe Okojie is a great Man/LEADER. I have met with him in person countless occasions, though I don't have personal relationship with him. I can boldly say that, he is a man to be reckon with. My opinion though.

Prince Joe Okojie has won my heart with the style of politics he played very recently though he has been on the positive side Uromi politics but this very recent time he proved to be a man worthy of emulation. I owe him my respect for life

Prince Joe Okojie indeed is one politician who has been able to define politics in its actual context. Politics to him is service to the people. Is among the very few politicians who is in politics for others. A self made man. Today, he is the highest employer of Esan people outside the govt. My love and best wishes for him is driven by his passion to help his people. Many came into politics for survival. He is into politics to serve the people selflessly. I have friends and relatives, he has wiped away from their eyes the tears of joblessness. They are not working in his office in govt house. Neither are they working in govt institutions. They were not employed after he ventured into politics. They have longed been working in his private organizations ever before he came into politics. I mean this number runs in hundreds. I am not here to talk of the numbers he had assisted into govt institutions. I am talking of those he lifted up and away from joblessness with his own resources. He isn't a politician that has his house fenced and gated for people to line up at the gate b4 seeing him. He is doors are widely opened and very accessible. There is none presently to be compared to him in our political space.

The Upper East Regional Mental Health Coordinator, Edem Amegla Quarshie has underscored the need for government and other stakeholders to