YENAGOA, Nigeria, Feb 13 (Reuters) – A number of people were killed in a stampede at a rally in support of Nigerian President Muhammadu Buhari, local officials from his party said on Tuesday, days ahead of an election in which he is seeking a second term.

The incident happened at an event in the southern city of Port Harcourt, which is in the country’s Niger Delta oil-production heartland.

Voters in Nigeria, Africa’s biggest democracy, will go to the polls on Saturday. Buhari’s main challenger in the race to govern the continent’s top oil-producing nation is Atiku Abubakar, a businessman and former vice president.

In a statement, Judith Amaechi, who runs the women and youth team in support of Buhari in the region for his All Progressives Congress (APC) party, expressed “deep shock over the death of APC members who were in a stampede”.

The statement, which did not specify the number of people killed, said it occurred after the rally.

Accidents sometimes occur at political rallies in Nigeria, which are often crowded. Last week, Buhari offered his condolences after supporters were killed in a stampede at a rally in the eastern state of Taraba.

Again, President Buhari Tells World He Would Take 100 Million Nigerians Out Of Poverty 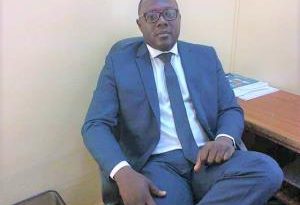 Listen to article Ladies and Gentlemen of the Press, thank you for responding to our invitation at such short notice.