Historically, Nigeria’s elections have always been tense. In few days, Nigerians will go to the polls to elect the country’s next president and members of National Assembly. And as the campaign gathers momentum, there are concerns the upcoming process will see new violence. Although I am neither a prophet of doom nor pro electoral violence to have predicted this but it must be stated we can’t rule it out, considering the scores of political violence that have been witnessed in recent times.

On January 8, violence erupted during the inauguration of the campaign of the All Progressives Congress at the Sky Power Ground, Oba Akinjobi Road, Ikeja, Lagos, as factional political errands boys known as thugs invaded the venue in their daredevil – look and later disrupted the programme by engaging in a supremacy battle with one another. They wielded all sorts of dangerous weapons against one another the aftermath was several degrees of injury.

Many were reportedly shot, as some were hacked. Among those who reportedly sustained gunshot injuries during the clash were the Group Political Editor of The Nation, Emmanuel Oladesu; a correspondent with New Telegraph, Temitope Ogunbanke; and a cameraman with Ibile Television, Abiodun Yusuf and surprisingly, a leader of the National Union of Road Transport Workers, Musiliu Akinsanya, aka MC Oluomo, was also stabbed during the clash.

In a separate incident, a few days later, one person was killed and about 10 vehicles were destroyed during an attack on the convoy of the governorship candidate of the APC in Taraba State, Alhaji Sani Danladi. The incident occurred when Danladi, who was on a campaign tour of the Southern zone of the state was on his way to Ibi Local Government Area and his convoy ran into some youths who barricaded the Ibi roundabout area of Wukari.

Also, in another scenario, it was reported around January that two persons were injured and many properties worth millions of naira were destroyed in Kwara State as a result of political clash among the political apologists of People’s Democratic Party (PDP) and All Progressives Congress (APC).

However, just recently, hell was let loose in Abuja, as supporters of the All Progressives Congress (APC) and Peoples Democratic Party (PDP) engaged in a violent clash that left many injured and several vehicles burnt. It is said that the incident happened when the convoy of the Minister of Federal Capital Territory (FCT), Mallam Mohammed Musa Bello, ran into a PDP campaign event at Dei Dei market, on the way to the palace of the Sarkin Jiwa in Jiwa District.

So unfortunate, these are among the numerous cases of violence that have been recorded in Nigeria since the process leading to the nation’s general elections.

Furthermore, the National Security Adviser (NSA), retired Maj.-Gen. Mohammed Monguno, during his meeting with members of the Nigeria Governors Forum (NGF) made a very shocking revelation on how some politicians are scheming to arm political thugs during the general elections. He said that intelligence reports had indicated plans by some individuals and groups to instigate violence during and after the upcoming elections.

As the nation gets closer to the general elections, therefore, one will just hope that political gladiators will learn from the saying that when brothers fight to death, a stranger inherits their father’s estate.
Youths should apply senses, so as not to allow their blood to be used to settle political scores. The ‘old brigade gladiators’ that you are supporting and want to kill yourselves for have been leading this country in their early 20s and 30s respectively. Play politics with both civility and humanity.

While we await a credible and violence free polls before, during and after elections, there should be self-censorship in the spread of fake news and hate speech, as many times, political intolerance is characterised by hate speech and non-issue based driven campaign.

Just as incidences cited above do cause violence, the deliberate spread of fake results from the election without cross-checking do cause more. It is expected that more of such falsehood will still be dished out during the elections, therefore causing unnecessary panic among citizens.

Therefore, a peaceful general election must be preceded by political education of electorates and party supporters alike. Our security personnel should do everything possible to forestall any bloodletting before, during and after election, as my hashtag is “Let’s vote and no fight.”

Alabidun wrote from Wuye, Abuja and can be reached via [email protected] 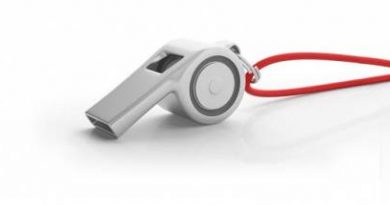 Justice For Sambo Abdullahi, Victory For Whistleblowers In Nigeria By Chido Onumah and Godwin Onyeacholem

The Nigerian Army buries 11 Officers and one Captain killed by Bonta boys in Konshisha Local Government of Benue State while they were on a rescue mission over the land dispute between Bonta and Okpute communities.