ABUJA/LAGOS, Feb 11 (Reuters) – Nigeria had more than 70 candidates for president when campaigning began for Saturday’s elections.

But only those from the two main parties – President Muhammadu Buhari and former vice president Atiku Abubakar – have a real shot at leading Africa’s most populous nation.

While a handful of the other candidates are touted as civil society alternatives, their chances of winning are slim without the big parties’ wealth and patronage.

Muhammadu Buhari, 76, made history in 2015 as the first person to democratically oust an incumbent president in Nigeria. Now, as candidate for the All Progressives Congress (APC), he is seeking a second term. It is his fifth run at the presidency.

A reputation as a staunch opponent of corruption was key to Buhari’s victory at the last election.

A Muslim, born on Dec. 17, 1942 in the northwestern town of Daura in Katsina state, Buhari spent his career in the army. Installed as military dictator after a coup in December 1983, his approach was typified by policies that included having people whipped if they refused to queue at bus stops.

He was overthrown less than two years later in another coup, after the military figures who installed him became displeased with his methods.

But Buhari’s anti-corruption cachet has remained strong among his supporters and helped him run successfully in 2015 against Goodluck Jonathan of the People’s Democratic Party (PDP). The party had been in power since Nigeria returned to democracy in 1999.

Buhari rode a wave of anti-corruption sentiment, coupled with promises to revive the stuttering economy and defeat the Boko Haram Islamist insurgency.

Despite a lack of corruption convictions, Nigeria’s first recession in 25 years and a resurgence of Islamist attacks, those policies are little changed for the 2019 race.

He earned the nickname ‘Baba Go Slow’ during his first term when critics said he governed at a glacial pace, particularly when low oil prices caused a currency crisis. The moniker first entered popular usage to describe Buhari when he took six months to appoint a cabinet.

Some, including his wife, have said access to Buhari is tightly controlled by close advisers, known in Nigeria as “the cabal”, and that they are really directing policy. reut.rs/2WAHLna

Buhari was absent for five months in 2017, being treated in Britain for an unspecified ailment. Despite that illness, he announced in early 2018 that he would seek re-election, raising concerns about whether he could serve another four years. Buhari has said he has the energy to do so.

To his admirers, Buhari is frugal, moral and prizes loyalty above other qualities in his allies – a foil to the alleged excesses of the PDP. To his critics, he is an ailing relic with little head for policy and no concern for the rule of law.

Atiku Abubakar is the 72-year-old candidate for the PDP, the party that inherited power from the military in 1999 and governed for the next 16 years. For the first eight of those years, Atiku was vice president to Nigeria’s new democratic leader and former military head of state, Olusegun Obasanjo.

Atiku, like Buhari, is also a northern Muslim, born in Adamawa state. During the later years of military rule, he became a senior customs official, and later a businessman with ventures in port oil and gas logistics as well as a private university.

He sought the APC presidential ticket for the 2015 elections but lost to Buhari and threw his support behind him, funding his campaign and even lending him a private jet.

Atiku switched sides again in 2017, and last year emerged as the PDP’s candidate. He has promised to “make Nigeria work again”, lifting it out of the economic doldrums with business-friendly policies that he says will create jobs.

He has for years been dogged by corruption accusations, which he denies. Critics say Atiku would use his policies to enrich himself and those around him without addressing the poverty that afflicts most Nigerians.

His supporters hoped to have put an end to some of those allegations when Atiku travelled to the United States last month, after years of rumours that he could not because of investigations revealing his ties to corruption there.

But Atiku had been barred from entering the United States, and Washington only granted him a temporary reprieve from the ban, Reuters reported last week.

To his supporters, Atiku is an accomplished businessman with the economic credentials needed to boost growth, create jobs and attract foreign investors back to Nigeria as it struggles to recover from the first recession in a generation. His opponents say he is a kleptocrat who lacks a moral compass and consistent ideology. 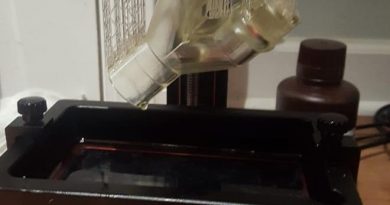 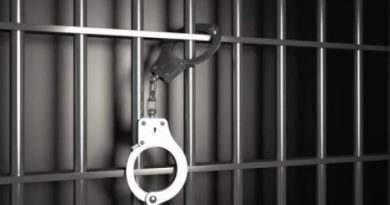 Assembly Members of the Ningo Prampram District Assembly have overwhelmingly endorsed the District Chief Executive (DCE) for the Area Mr.