Tajudeen Adefisoye, the House of Representatives candidate for Ifedore/Idanre Federal Constituency in Ondo State, contesting on the platform of the Social Democratic Party (SDP), has denied his arrest after an attack on his convoy.

Adefisoye said the claim that he was arrested by security agencies was sponsored by the members of the All Progressives Congress (APC).

He disclosed this on Monday, while addressing journalists in Akure, the Ondo State capital.

The SDP candidate specifically accused Honourable Bamidele Baderinwa, the incumbent APC House of Representatives member of being behind the attack on his campaign train in Ipogun town.

SaharaReporters had reported that Adefisoye escaped death on Friday, when hoodlums unleashed terror on the campaign vehicles in his convoy.

According to him, the thugs were believed to be working for the APC to frustrate his chances of winning the February 16 general election.

He noted that his rising popularity among other contestants had become a “big threat”, noting that he is still optimistic of winning the election.

“I am the most popular candidate in Ifedore/Idanre federal constituency. As you are aware, a few weeks ago, Vice President Yemi Osinbajo came to Idanre. During his visit, the incumbent House of Reps member, Baderinwa, was beaten by the youth who accused him of poor representation at the lower chamber.

“So, what happened now was a reprisal attack by his supporters, because those who attacked my convoy were putting on APC caps. So my number one suspect is no other person but the incumbent House of Reps member for the attack.

“Before the ugly incident, we were at Ikota, Ero, Ilara, Igbara-Oke, all in the same Ifedore Local Government Area, but on getting to Ipogun, we started hearing gunshots and I saw my party members running for safety.

“I turned my car and went straight to Ilara-Mokin Police station to make a formal report of the ugly incident. From there, the DPO and I moved straight to the Police Area Command, before coming down to the state headquarters in Akure. I was never arrested nor detained by the Police, as being spread by our opponents. SDP remains the most popular party in the federal constituency today.”

He also denied report that one Benjamin Falusi, one of his political supporters, was shot dead by the policemen in his convoy.

“As a philanthropist who has given scholarships to more than 100 students in Ifedore alone, how would I be angry when I see young guys asking for money or favours from me? The attacked was sponsored by those who think I am a threat to their aspirations.

“There is also this rumour that it was one of the policemen in my convoy that killed the late Kayode, which is totally untrue. They have done the autopsy and it was a local bullet that was found in his body.

“I hereby use this medium to publicly commiserate with the family of the deceased, the people of Ipogun and Ifedore LGA in general.”

In his remarks, Korede Duyile, the state SDP Chairman, commiserated with the family of the deceased, adding that the party doesn’t engage in violence.

“We are peaceful persons in SDP. We don’t condone violence in our party at all. The incident was not organised by our party. What people are spreading around is not true at all; it was just mere rumour,” he said. 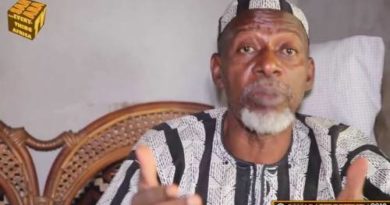 Keeping Power In Check: On Shrinking Media And Civic Space In Nigeria By Odia Ofeimun

Taming The Xenophobia In The Rainbow Country By Tony Ademiluyi

Hair transformations were my pandemic hobby. First, I lifted my waist-length, practically-black locks to a bright vitamin c serum-blonde at