“We gotta get outta here!” cries Agent Daniel Hernandez of US Border Patrol.

Moments earlier a hurled rock from over the fence whacked the tin roof next to us with an almighty thud. Its target: Agent Hernandez, my camerawoman and yours truly.

“You gotta limit your exposure when you’re there by the International Fence, you know,” says Agent Hernandez, once we’re safely back in his truck.

We are in southern Arizona at the Nogales Border Crossing checkpoint.

While President Trump demands a wall costing several billions of dollars, and the Democrats suggest technology would be better suited to the job, we are being given a whistle-stop tour of some of the tech already in use within Arizona’s Tucson Sector.

As we ride around, Agent Hernandez tells me his Southwest Border sector has 262 miles (422km) of border fencing with Mexico, but thousands of miles of patrol area.

Recently his team enhanced its surveillance abilities by upgrading their Integrated Fixed Towers, also known as IFTs – almost everything is abbreviated by US government employees.

The structures are up to 180ft (55m) tall and are laden with sensors at their top.

The update means they are now equipped with longer-range video cameras, better thermal imaging cameras, and radar to provide 24/7 high altitude points of view for officers back at the Nogales Control Center.

“The cameras, due to their remote placements, were difficult to focus from far away, but now we have really high resolution, crisp images.”

Agent Hernandez slows the car to a stop, leaning forward in his seat and peers out into the hills.

“I believe there’s one person under that tree. He’s a human smuggler scout,” he declares.

He points at the man dressed in brown clothing and a hat, sitting a few yards beyond the fence.

Agent Hernandez may be hawk-eyed, but come nightfall a scout like this would be tricky to see, even for him. The IFTs though apparently help his team catch camouflaged crossers.

“We might not see them, but our thermal cameras allow us to see. Our tech helps us stay one step above the criminal element.”

We travel down the winding road to Mariposa Wash, an area where there is a 1m gap between the fence’s bottom and the ground.

The gap is there to prevent erosion from water, but it means a person could easily duck underneath.

“We don’t want people thinking this is the only thing keeping America safe,” comments Agent Hernandez, patting the suspended barrier.

“We have fencing as a tool – but this is by no means meant to keep people in or out.”

A few minutes up the road and the steel fencing stops, only to be replaced by sticks, cattle wire and Normandy-style barriers.

It looks very makeshift, but this style of vehicle fencing stretches out across a large portion of Arizona’s border with Mexico.

Instead of fencing, border agents have a range of other tools in their arsenal.

I am told sensors are buried in the ground around the area, which trigger an alarm if someone or something big enough passes nearby.

Mobile Surveillance Trucks are also in use where there is uneven terrain and the towers cannot be built.

They are equipped with the same technology as the IFTs, but have thermal rangefinders that enable remote operators to measure the distance between themselves and people crossing.

They also have laser pointers to direct agents in the field to hidden targets at night.

From the truck’s extendable mast, they can shine a beam of light on to a suspect so agents wearing night-vision goggles can physically find them.

US Customs and Border Protection has also begun testing drones equipped with infrared and facial recognition cameras to monitor the land from above.

Agent Hernandez tells me his team is currently trialling an Android-based location-tracking app, so agents can keep tabs of each others’ whereabouts in real-time.

But of course it’s not always criminals that get caught in the net.

The recent migrant caravans – in which hundreds of people travel together – have highlighted how many families are willing to undertake a perilous journey in hope of a better life in the States.

Many families have been separated at the border, and two children have died since being detained by authorities.

For Agent Hernandez, he says he’s just doing his job.

“No matter what side of the spectrum you fall on, border security is important for the entire country” he says.

“We’re law enforcement officers, we don’t dictate the laws, we enforce the laws.

“The best way to enforce the laws is by doing it in most effective and efficient way, and technology allows us to do that.” 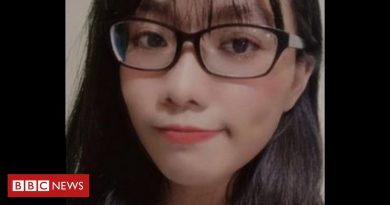 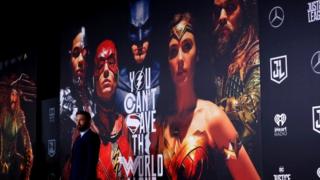 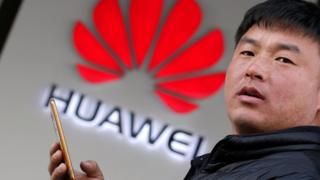 My poster, you are insane

Radio Biafra was established in London yet promotes everything about Igbo/Biafra. Esan tv in Benin was a nice move for active business. Esan Oye.....Oye!

You are a big fool for insulting that name esan, may your mouth move from your face to your yanch

What is going on

Am with you people not against.