Yesterday, Bola Tinubu and his APC cohorts did everything to lock down Lagos and make the world see that hold-up which we all know as GO-SLOW has disappeared. Boasting of a fake road density, Tinubu blasted Obasanjo as a hater of industrialization and that his own progressive government has done great things. We ask in ecstasy, which Lagos is Tinubu boasting about?!

Is it this same Lagos of endless road repairs since 1999 yet has its traffic jam increasing by the day? That same Ikorodu Road that was closed down today to allow smooth passage of the few buses of the APC crowd has heavy traffic jam every blessed day. This is despite the billions that Fasola and Ambode has spent on that particular road, constructing and reconstructing periodically and ridiculously.

Tinubu’s Lagos has also been a giant plant of unemployed people. There is no difference between APC policies in Lagos for the past nineteen years and that of the PDP nationally for sixteen years.

What is different is that Tinubu and his followers are very good in open lies and rooted fake news. A good instance is the public lie that Tinubu restated yesterday at the Buhari/APC rally that Lagos had one independent Electricity Generation and was the first to so doing. Please where is that company or where are the evidences today? It is very clear that propaganda does not bring light, and Lagosians are witnesses.

Tinubu as well called out on Obasanjo/PDP’s evident de-industrialization campaigns, hinging it on the failure of electricity. But why has Ikeja Industrial Estate turned to Ikeja Gospel Estate? Why is it that  Lagos, with the trillions made from people’s sweat yearly, has barely any company in its Ibile Investment Holdings? Can Ibile Investment be compared to the great Odua Investment company that the progressives of the Awolowo era created? Why is that rich Lagos does not have a single airline and Tinubu owns First Nation? We also need to be reminded that Eko Hotels and Airport Hotel were built through Odua Investment company, where is the hotel by Tinubu’s hegemony for Lagos? But the same “messiah” of Lagos personally has a five-star hotel in Oriental. We can mention more and more of this mass exploitation of the common wealth of Lagos by Tinubu and his followers. Lagos public money is practically being shared in Bourdillon.

They both also hate social infrastructure and promotes hypocrisy and mass corruption. Lagos for instance has had no public higher institution since 1999 that Tinubu, Fasola, and Ambode had ruled. But Lagos has universities for child cultism (Awawa and Badoo), while also maintaining big polytechnics of thuggery have MC Oluomo; Kunle Poly; Femi Japron; Ade Lawyer; Sego; and others as Technical Instructors and erudite lecturers. Allen and many other junctions house a chain of colleges of sex workers.

Public hospitals in Lagos are shamelessly ill-equiped and serves more as dealth centres than health centres.

The wind is still blowing, and the hens pouch is crudely naked!

Tinubu no help ONE PERCENT of the masses of Lagosians. He and his followers only share crumbs to some and tax the hell out of the working people. By keeping Lagosians perpetually poor with the social Darwinist propaganda of hardwork and good luck, the Tinubu hegemony is taking us all for a horse ride.

By the virtue of mass consciousness and the very desperation with which APC is campaigning like never before, bastardizing everywhere with posters and banners; the end of a gluttonous era is drawing nearer. We must use the next elections to reject Tinubu and his propaganda. The PDP is, of course, no option. Lagosians must shine our eyes now, seek lasting freedom and vote pro-people parties like the African Action Congress (AAC). Both Omoyele Sowore and Seun Ajireloja represent a real alternative that can build another Lagos where the masses will be priority in enjoyment and good welfare, not in paying taxes and heavy working alone. The AAC will built alternative transport system like a tube trains and a massively workable water transport. The AAC will advance the Lagos water system instead of privatizing it as APC has been seeking to do under Ambode. There will be light, and no more lies about an independent Electricity generation that only exists in the files of the Alausa hawks.

Lagos will be a significant part of our party’s educational revolution and its health sector will be free, quality and advanced as all parts of the country. It has the highest population of working and unemployed people. This means it also houses the biggest size of poor people.

Lagos also is highly wealthy. But the whole wealth ends up in the pocket of a few. People’s lands are forcefully taken making Tinubu the biggest landlord in the country. Yet, the “state of excellence” owes a great public debt, second only to Nigeria as whole. We all know where the trillions of naira are going to. We know those who boasted that Oyetola is richer than the whole Osun state. And the world witnessed how the same anti-progressives camouflaging as Awoists stole Otodo Gbame, a land of over 30,000 people in Ikate Area in Lekki, killing over 22 indigenes and denigrating many others in order to turn the whole place to an estate for the few rich called- PERIWINKLE.

After the attempted lock-out yesterday, Lagosians should reflect on whether it is not so dangerous to postpone the moment of emancipation. Let’s use February 16th to punish all our oppressors across the divides, and especially show to the whole world that our dear Lasgidi can be a Lagos for all, not Tinubu city!

APC’s Suspension Of Amosun, Okorocha, Others Is In Order By Peter Claver Oparah 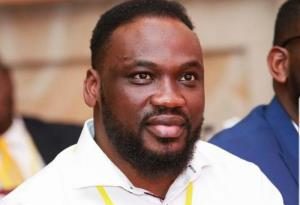 May your soul rest in peace bro