SaharaReporters gathered that the campaign train was moving from Enwhe in Isoko South Local Government Area of the state to the neighbouring Igbide community in continuation of their campaign rally, when they were ambushed by the hoodlums, who set ablaze several vehicles and damaged others.

Our correspondent learnt that PDP thugs, who were shooting sporadically, barricaded the road on sighting the campaign train.

Narrating the incident to our correspondent, one of those present at the rally, who gave her name as Ewomazino, said: “As we were on the campaign ground, we received a security alert that there were plans to attack us. As we were moving in a convoy to the neighbouring Igbide community, these PDP youth attacked us as we got to the other side of the community called Okpolo-Enwhe.

“The PDP youth were led by one Edafe, popularly known as ‘Gaddafi’, an aide to the member representing Isoko South constituency 11 in the state House of Assembly, Johnson Erijo, who is also the Director General of the Campaign Organisation of Leo Ogor, the Minority Leader and member representing Isoko federal constituency. Our investigations so far revealed that the PDP youth were sponsored by Ogor and PDP members in the community. So many of our vehicles were burnt and damaged.

“But the beauty of the whole thing was that it didn’t stop us from going ahead with our campaign rallies at Igbide, where we were received by the people, who pledged their support to all APC candidates and promised to vote them in the elections.

“The issue has been reported to the Police for investigation.” 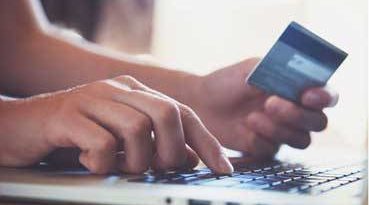 Nigerians Speak Out: Are Victims of Online Scam Greedy?

Amaechi Spills The Beans But Some Nigerians Still Support Buhari? By Bayo Oluwasanmi

Listen to article The Chief Executive Officer of Citi FM and Citi TV, Samuel Attah-Mensah has called for a proper