LONDON, Feb 8 (Reuters) – Nigerian differentials fell on Friday for a second day due to a power failure at the Qua Iboe export facility earlier in the week, two traders said, sending prices to their lowest level in three weeks.

* Qua Iboe BFO-QUA for March loading was offered at a premium of between $1.80 and $1.90 a barrel above dated Brent, down from around $1.95 the previous day and from around $2.15 at the start of this week, the traders said

* An overhang of unsold cargoes also helped bring down prices of Bonny Light and Qua Iboe, which had been indicated at more than $2 a barrel above dated Brent throughout February

* Vitol sold a cargo of Qua Iboe, though the identity of the buyer was not immediately clear

* Spanish oil major Cepsa was heard to have bought a cargo of Usan from Chevron, according to one trader, but that could not be immediately confirmed

* Benchmark oil prices edged up on Friday but were heading for a weekly loss, pulled down by worries about a global economic slowdown

* Libya’s National Oil Corp said on Friday that its largest oilfield, out of action since December, would remain offline until security had been restored — a day after forces loyal to an Eastern Libya commander seized parts of the facility

* U.S. House of Representatives committee passed a bill on Thursday that would open up the Organization of the Petroleum Exporting Countries (OPEC) crude oil producer group to antitrust lawsuits. 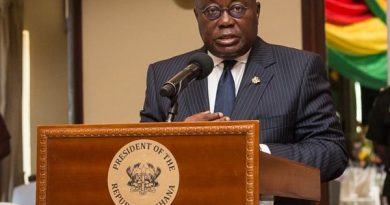 Youth Leadership Engagement For Global Action, In These Times Of COVID-19 And Beyond

I made the cake from “Dickinson,” an underrated feat of domestic labor