When a poet is troubled, lines flow instead of water and blood. But could this be said of British George Orwell, the German Betroth Bretch, or the Chilean warrior in Pablo Neruda?!

I have been thinking of a very verse to respond to the news that have been floating around, truthfully through two written punches from the pen of the sage himself, that our own Wole Soyinka has tipped the presidential candidate of the Young Progressives Party (YPP); Professor Kingsley Moghalu.

The two written punches had been done, like in 2015, in calculated series. The first was a hit. An appalling discrediting of both big but heinous parties: PDP and APC. The second, a rather crafty and properly channeled Uncle Kongi usual: justice on trial from both ends- the Buhari dictatorial attacks on Justice Onoghen, and the mutual complicity of the much-exalted judiciary.

Wole Soyinka is Wole Soyinka. Owei Lakemfa is very right. He is the teacher that is burdened with not just the teaching, but its dialectics and praxis. Soyinka evokes that “complexity of freedom” that one can see in a reservoir of thought that has never wanted to bow to the audacity of reality, nor to the efficacy of class and its related logic. But what has confronted the sage that led in solidarity, the intellectual frontal engagements of the Federal Tribunal on the 1976 killing of the first martyr of active students’ unionism; Kunle Adepeju? Is it historical obsession with the middle class? Or the façade of always finding a wuruwuru-to-the-answer perspective of what is to be done?

This piece feels the reasons are mutual exclusive.

Wole Soyinka is one legend who can only be faulted by his own praxis. In the first of the pre-2019 Elections interventions, Soyinka has asked us all, as a thinking working people; “to try and change the directions of this nation to be enslaved permanently to old discredited orders.” But Kingsley Moghalu is practically part of this “old discredited order!”

Kingsley Moghalu was part and parcel of the many intellectuals who were deployed from the international neo-liberal order to complete the job of the military junta in setting Nigeria on a neo-liberal order and complete the economic shift from a welfarist state to extreme capitalism where individualism and a casino-kind economy would be the order of the day. These Bretton Woods-trained intellectuals had lied to the country that they meant to give Nigeria economic freedom, but in real facts, they have only helped the greedy to loot more the commonwealth and create an embarrassing mass of the needy.

With Moghalu was Okonjo-Iweala and Sanusi Lamido Sanusi, a later set of the so-called technocrats who had formulated several reviews of the then Structural Adjustment Program (SAP) into such policies as NEEDS; SEEDS, PPP; and FDI. All of these policies, we are all witnesses, had led the country into the seasons of anomaly that we are striving to crush today.

Need we also remind Uncle Kongi that the harvests of banking corruption we have today are premised on the Obama-kind of bank bail-outs that Sanusi and Moghalu implemented after the first failed ones by Charles Soludo. A metaphor of one of the bail-outs is the Bank-PHB gate that later got to public knowledge. It must be known that the Nigerian banking sector got well developed into a kalokalo adventure after the bail-outs. A casino economy that former CBN governor, Emir Sanusi has spent more times lamenting the excessive powers of the banks, especially after the 2016 Naira devaluation.

Wole Soyinka needs to know that the answer to our current problem is not in the collaborations of some middle class elite, nor the debate of some intellectuals. The answer to the problem is in a conscious collaboration with the working people, artisans, youths and students armed with an alternative economic and political idea. It is only from below, that the resolution to our plenty problems can come.  The man will continue to die even if we just shout. But that man will live in the hearts of the discerning if there is a concerted and well organized battle against silence and the ugly face of oppression.

PDP and APC can never be dislodged without a being like Omoyele Sowore; a troubadour, traversing the nooks and corners of the country from Badagry to Potiskum, and from Enugu down to home of the Caliphate patiently and thoroughly explaining why and how it’s necessary to vote for the future and take back our country from the hands of the gluttons. He does this with a clear anti-establishment ideology that has found fertility in sowing real seeds on the streets, towns, and cities.

Such candidate must have the “sound and fury of activism” that can resonate in the hearts of every arrows of God united in the anthills of our political savannah. Such candidate must also be one who has matched alongside Soyinka and the many victims of the IBB/Abacha conundrum that turned the entire populace of into a barrack of enslaved animals. Such candidate must also have been true to our struggles and never at any time supported the divisive horrors of tribalism over the fact that the Jonathan regime actually looted over #25billion in the CBN. Moghalu was against Sanusi’s “activism” over the CBN gate. This must have been to get favoured in the replacement of the unjustly sacked.

Let’s even say we need a bird to lead our stakes. Should it not be that proverbial one that never runs when the house is on fire? That singing one with the sonority of no-matter-what-I-stand-by-you in the Anti-SAP; anti-military; pro-democracy; and anti-OBJ’s third term struggles who also participated significantly in the January Uprising against Fuel subsidy removal in 2012, is the best to trust.

One has also observed that Soyinka is also a lover of shortcuts. While I will not look to the case of the “unknown gunman” in the penkelemesied Ibadan as a snap sample, our Nobel Laureate’s words recently sharpen my suspicion. Soyinka has, frustrated with APC and PDP, called for a serious challenge. But what challenge? In his words:

The “creative vote,” for me, is pregnant with only one meaning- remove APC and PDP through alliances and collaborations of stakeholders who are in disagreement with the current set of rulers. This is very misplaced and reminds one of the characteristic venom of Lakunle’s fate in Soyinka’s The Lion and The Jewel. The vibrant and protesting youth could never be creative in seeking Sidi’s love, while Baroka; the old but experienced king had won that love by collaborating with the polygamist bureaucracy leaning on the fact that Lakunle never had the finance to pay for a bride price. So unfortunate that Nigeria is never Ilujinle, but a theatre of bloody-thirsty and money-spinning hawks who will never give way until fought off. It is a white lie that any creative vote will push aside these sets of bestial elements. This is why the ruling class only fears to face a movement that is well grounded with the masses like the #TakeItBack that Sowore has been fortunate to be leading. That movement has its creativity rooted in praxis and within a year has turned to the scepter haunting Naija rulers.

The Nigerian ruling class in APC and PDP are far more entrenched and bigger than any collaborationist agenda of some wishful elite. They are so powerful that they keep on rubbing the obvious on our faces. The oxymoron of standing in between the devil and the deep blue sea is a real and practical behemoth that can only be broken by mass action. Let all the professors and bookworms in the country do a collabo, it will be a tornado on paper. Why then don’t we go for the masses-based hurricane that is ravaging in a vicious combination of the lionic anger of Amadioha, the thunder god; the train-like flushing of Yemoja; and the practical dexterity of Ogun-the god of iron.

This poet must say that we do not ask lines to be replaced with the bullet. Neither do we call for a state of anarchy in the face of this amnesia. But we can never be consoled by the creativity of elite forces or by the do-am-jeje planning against an already-rigged ballot. Frantz Fannon remains an inspiration in reminding us, as conscientious beings, to take up the challenge of our generations out of relative obscurity. The only choice is to fulfill it!

In fulfilling our missions for another Nigeria, the choice must never be surface-based nor be seen in the form of a practical jamboree. For a rally of the two big parties, we need tens of rallies in response. For a propanganda of their prevailing idea, we need millions of we-no-go-gree intellectual fisticuffs.

So, dear legendary poet, we understand where you have to be now. This understanding must be that you are still obsessed with the middle-class interventionism, and that you are so in a hurry to get the change you have lived to witness. The hard way is the only way. To fight APC and PDP, we have to declare war on the system. The actors in both parties are rehearsing and performing the several pages of script of just one system: neo-liberal capitalism. That system is the “greed and power” that has turned Uncle Kongi’s country to a harvest of poverty and mass hardship.

This poet will have to end this short piece with a short, borrowed verse. That verse seems to be a last summation of my long-life study of Soyinka’s works and actions. It was a verse that was recorded by Uwa Erhabor in his 2012 book and tribute to the late Afro-beat maestro Fela Anikulapo Kuti titled Kalakuta Diaries.

After a short but pulsating discussion with Wole Soyinka in his Kalakuta Republic, few moments after the “black president” had been released by the new Babangida junta (a regime Our Soyinka served under as the head of the Federal Road Safety Corps boss) over what was a heavy political challenge in the country that witnessed the removal of General Buhari on human rights violations and lack of economic focus, Fela said in a soliloquy:

“I have always said Wole is an honest man, but I think he is ideologically bankrupt!” 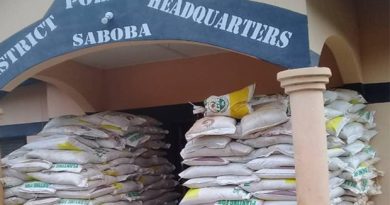 Mark My Words, I Will Become President Of Nigeria, Okorocha Vows