TRIPOLI, Feb 8. (Reuters) – Libyan authorities have arrested a suspected al Qaeda leader who fled from the eastern city of Derna, once a jihadist bastion, a source in the attorney general’s office said on Friday.

Abdel Qader Azuz was arrested in the western city of Misrata and then brought to the capital, Tripoli, the source said. No other details were immediately available.

Azuz was one of the top militants in Derna, according to Libyan officials. The city has been long a hotpot for Islamist militants. Many had fled Libya to escape persecution by Muammar Gaddafi and to fight in Afghanistan, then returned home after the dictator was toppled in 2011.

Eastern military forces allied to Khalifa Haftar, which control eastern Libya, have seized much of Derna in an ongoing military campaign that officials say is almost over.

It was not clear whether Libyan authorities had been assisted by the United States, which has several times snatched militants from Libya or given assistance to local authorities. The arrest came after U.S. charge d’affaires for Libya, Peter Bodde, who is based in Tunis, visited Misrata last week. (Reporting by Ahmed Elumami, Ayman Salhi and Ulf Laessing; editing by Larry King) 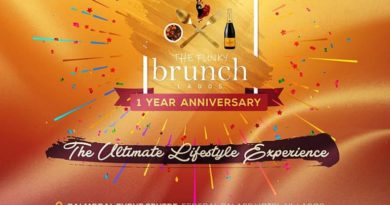 An Accra high court has thrown out an application in which Bishop Daniel Obinim, the Head Pastor of International Godsway