All graphic images of self-harm will be removed from Instagram, the head of the social media platform has told the BBC.

The move comes after the father of 14-year-old Molly Russell, who took her own life in 2017, said Instagram had “helped kill” his daughter.

Molly’s family found she had been viewing graphic images of self-harm on the site prior to her death.

He added the site was “not where we need to be on the issues of self-harm and suicide”.

When asked by the BBC’s Angus Crawford when the images would be removed, Mr Mosseri replied: “As quickly as we can, responsibly.”

Molly’s father Ian Russell welcomed Instagram’s commitment and said he hoped they would act swiftly to implement their plans.

“It is now time for other social media platforms to take action to recognise the responsibility they too have to their users if the internet is to become a safe place for young and vulnerable people,” he added.

Digital minister Margot James told BBC Radio 4’s PM programme the government would “have to keep the situation very closely under review to make sure that these commitments are made real – and as swiftly as possible”.

Instagram currently relies on users to report graphic images of self-harm, but Mr Mosseri said the company was looking at ways that technology could help solve the problem in the future.

He added: “Historically, we have allowed content related to self-harm that’s ‘admission’ because people sometimes need to tell their story – but we haven’t allowed anything that promoted self-harm.

“But, moving forward, we’re going to change our policy to not allow any graphic images of self-harm.”

However, some self-harm images will be allowed to remain on the Facebook-owned site.

“I might have an image of a scar and say, ‘I’m 30 days clean,’ and that’s an important way to tell my story,” Mr Mosseri said.

“That kind of content can still live on the site but the next change is that it won’t show up in any recommendation services so it will be harder to find.

When asked if he would resign if graphic self-harm content was still on the platform in six months, Mr Mosseri, 36, said: “I will certainly have a long thought about how well I am doing in the role that I’m in.”

Health Secretary Matt Hancock, who also spoke to Mr Mosseri on Thursday, said: “I think that parents around the country and across the world worry about the impact of social media on teenagers’ mental health.

“We’re not going to rest until we tackle this problem.”

If you’ve been affected by self-harm, eating disorders or emotional distress, help and support is available via the BBC Action Line. 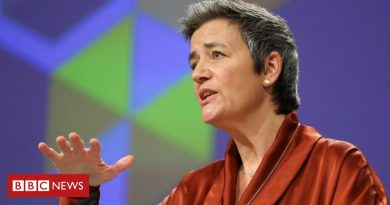 Most googled questions of 2019 revealed 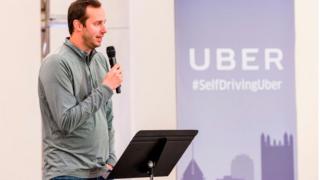 Mr Samuel Atta Akyea, Minister of Works and Housing, says construction of sub-terranean drains will discourage people from littering the