LONDON, Feb 5 (Reuters) – Demand for Angolan crude from Chinese refiners in the run-up to the lunar new year holiday has all but drained supplies of March-loading cargoes, while Nigerian differentials have held up thanks to a draw of barrels to European refiners.

* Traders said there are fewer than five March cargoes left, meaning the programme has effectively sold out in good time for the release of the April schedules in just over a week.

* At least five cargoes, all Angolan, sold last week – a fairly large amount for only a few days of trading, two traders said.

* In the Nigerian market, Bonny Light and Qua Iboe were still indicated at more than $2 a barrel above dated Brent, thanks in part to European consumers.

* Slightly cheaper shipping rates have helped to offset some of the impact of the forward market trading in backwardation, which makes it expensive to have crude idle on a tanker for a couple of weeks from West Africa to Rotterdam.

* There is ample spare capacity in other oil producers and strategic reserves to compensate for a loss of Venezuela’s crude exports, helping to explain the tepid reaction of global oil prices to U.S. sanctions announced a week ago.

* Colombia has modified how it will give out offshore oil and gas exploration contracts and relaunched bidding for more than 20 possible production areas as it seeks to award oil contracts for the first time in more than four years. (Reporting by Amanda Cooper Editing by David Goodman) )) 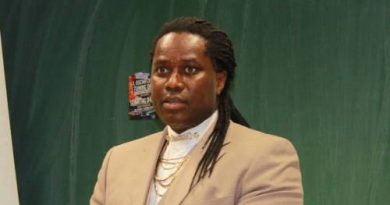 Nigeria Has Lost Its Soul, Needs A Total Revolution For All-out Recalibration! By Frisky Larr