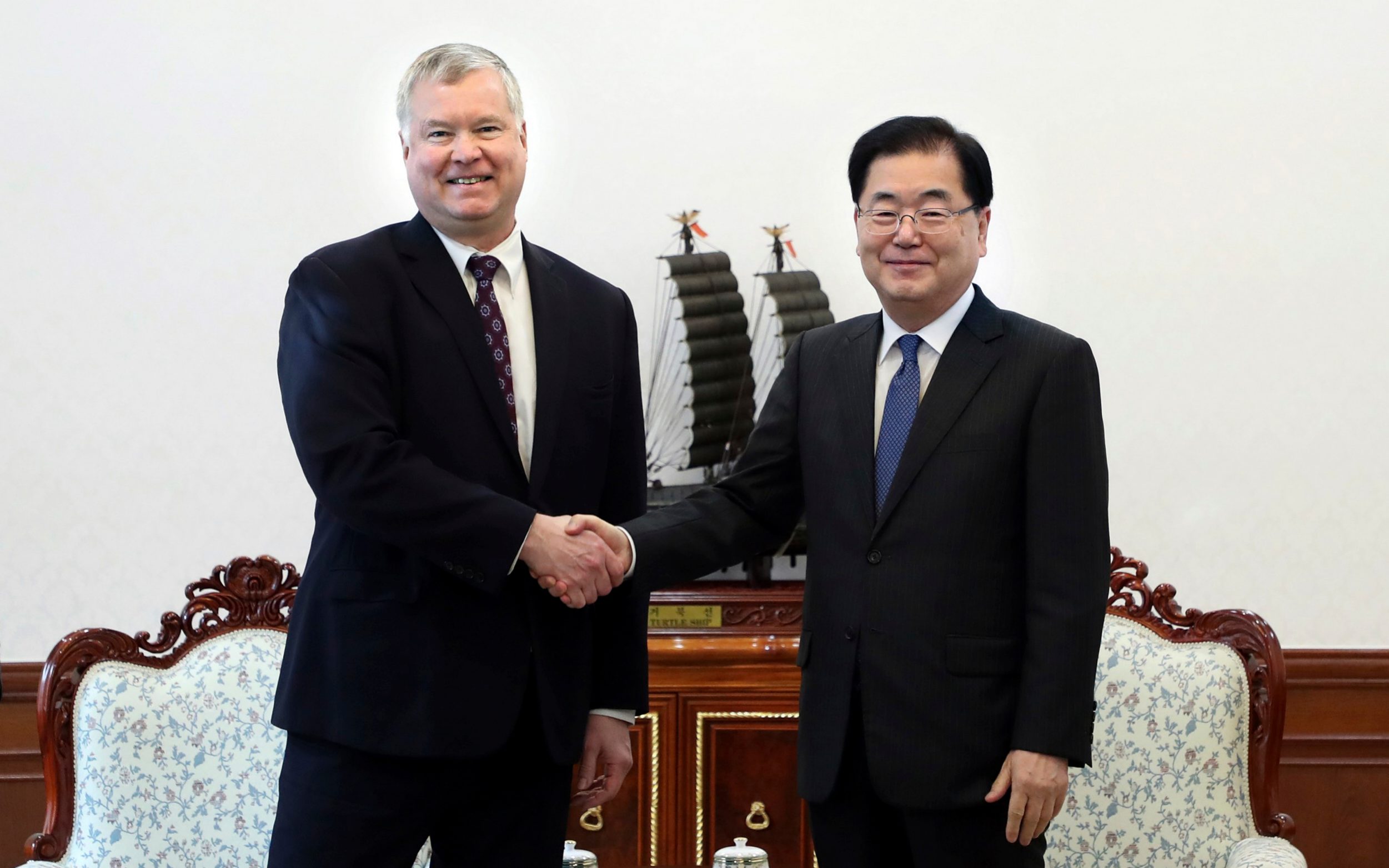 The US special envoy for North Korea will meet with his North Korean counterpart on Wednesday in Pyongyang to prepare for a summit later this month between President Donald Trump and North Korean leader Kim Jong-un, the US State Department said on Monday.

US envoy Stephen Biegun said last week he aimed in working-level negotiations with his new North Korean counterpart Kim Hyok Chol to map out “a set of concrete deliverables” for the second summit between Trump and Kim Jong-un.

Biegun said he would be aiming for “a roadmap of negotiations and declarations going forward, and a shared understanding of the desired outcomes of our joint efforts.”

An unprecedented first summit between Trump and Kim Jong-un last June in Singapore yielded a vague commitment by Kim to work toward the denuclearisation of the Korean peninsula, where US troops have been stationed since the 1950-53 Korean War.

In the US view, Pyongyang has yet to take concrete steps to give up a nuclear weapons program that threatens the United States, while North Korea has complained that Washington has done little to reciprocate its freezing of nuclear and missile testing and dismantling of some nuclear facilities.

Pyongyang has repeatedly urged a lifting of punishing US-led sanctions, a formal end to the war, and security guarantees.

On Thursday, Biegun said Kim Jong Un had committed during an October visit by US Secretary of State Mike Pompeo to the dismantling and destruction his country’s plutonium and uranium enrichment facilities in return for “corresponding measures” from the United States.

Biegun said such corresponding steps would be the subject of this week’s talks and Washington was willing to discuss “many actions” to improve ties and entice Pyongyang to give up its nuclear weapons. At the same time, he set out an extensive list of demands, including a full disclosure of North Korea’s arms program.

Biegun held talks with South Korean officials in Seoul on Sunday and Monday.

Trump on Thursday hailed “tremendous progress” in his dealings with North Korea and said the date and location of a second summit would be announced “early next week” – probably during his State of the Union speech on Tuesday.

Vietnam’s central resort town of Danang has been seen as the most likely location.

The director of US national intelligence, Dan Coats, told Congress on Tuesday that North Korea was unlikely to give up all its nuclear weapons and has continued activity inconsistent with pledges to denuclearise.

Mr poster Was late MAVRODI FROM UROMI?? Why not use the whole World as a case study I advice you to bring down this post. Don’t tarnish the image of Uromi all in the name writing is easy and cheap on social media. If you are talking about fraud are you selective or objective on it? Why have you not made a publication on electoral fraud in Nigeria ... Fraud and politics have been in existence before you and I were born and if you need a case study use The whole as your case study. #SayNoToFraud

Hello my beautiful followers I will be giving out recharge card to everyone that subscribe to my YouTube channel..
Please subscribe and screenshot the picture to me to get your recharge card🙏 ... See MoreSee Less