Days are rolling by, and the clock is ticking fast for the 2019 general elections in Nigeria. What was earlier less than years is now less than days. In the nick of time, it will be less than minutes. How time flies! Election is an epochal event that explains those who will man the affairs of a country for another democratic cycle. More attentions are dedicated towards the presidential election. It is not surprising because as far as Nigeria alongside many other democracies is concerned, the office of the president is the highest office in the political order.

This year election is somewhat unusual due to the fact that an array of aspirants threw their hats in the ring. No electoral cycle in Nigeria, to the best of my knowledge, had witnessed such a huge interest in the apex office of the land. At the last count, a total number of 72 persons are jostling for the seat of the president. Campaigns are ongoing, and a number of candidates had unveiled their manifestos. It is however observed that most aspirants are not really hitting the nail on the head. It is against this background that this musing becomes necessary.

Corruption, the hydra-headed monster bedeviling the Nigerian state, is a household name. At the mention of it, the laymen and barely literates can sense what is meant by it. Despite observations raised from different quarters revealing the dire consequences of a corrupt-ridden society, not much had been done by successive governments in tackling it. We have seen a government that turned the anti-corruption crusade into an avenue to hound perceived enemies. We have also seen the one that patted corrupt elements at the back giving them room to milk the Nigerian treasury dry. We have also seen the one that fights the war in a lopsided and dawdling manner. In all of these, one thing is clear: corruption is still pronounced in Nigeria, and people are not afraid to engage in corrupt practices day in day out. The control system is weak and less vibrant.

Back to my point. Corruption is the deadliest menace battling Nigeria. Once the fight against it is seen to a logical stage, the Nigerian problem is solved to a large extent. Students of history will agree with me that there is no disagreement among scholars that Nigeria is a buoyant economy. The irony however is that this had not translated into development – Economic. Social. Sustainable. And whatnot. Why? The answer is simple as ABC. Corruption can explain better. While Nigeria has risen to the position of being the world capital of poverty, revelations have continued to emerge that some few individuals have funds that can feed the whole nation for a year at their disposal. How did they get there? Corruption.

In academia to the ministries to the judiciary to the senate to the civil service and all other key sectors and parastatals in Nigeria, corruption is prevalent. We all don’t want to follow the due procedure again, cutting corners is what we believe in. And the more we continue to sail the ship of this country aground. Corruption is the core problem with Nigeria, others are periphery. Thus, no serious contender of the presidential office should see the issue of corruption as nothing. To tackle it, one must parade an unimpeachable personality. After all, he who must come to equity must come with clean hands.

The assumption of the Functionalist school in sociological studies might be resourceful in this case. Spencer, a Functionalist, was the one who likened the society with human body in his Organismic Model. The human body when affected by a virus becomes deficient. No part of the body will function properly again. Such is the case of corruption. It is a virus. Once it becomes pronounced in a society, no matter how economically buoyant it is, no matter its arable lands, no matter how hardworking its citizens are, no matter how wise and educated its leader is, nothing will work in such society. The educational sector, the legal sector, the health sector, the commercial sector and all others. Corruption is the reason why our graduates are unemployable. It is the reason why we are an oil-producing state with no effective refinery. It is why we house the richest man in Africa, yet we are the world capital of poverty. A country plagued with corruption will go nowhere!

To get rid of corruption, leaders at all levels – especially the president – must not tolerate looting of public treasury. If death penalty can go for it, all fine and well. Meritocracy rather than mediocrity or provincialism should be embraced in employment or appointment. These aspirants can borrow a leaf from China and other countries that grew from grass to grace as a result of declaring emergency on corruption. A candidate that is not interested in taming corruption will always have problem if he emerges. Forget your deep understanding of economics, if corruption is still predominant in the society, your professorial status in economics will be dwarfed. In all, attend to the issue of corruption NOW.

72 million children in Africa are forced into child labour – WHO 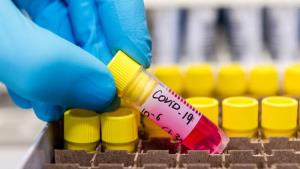 May God grant us such smiles ohhh, congratulations to my great party PDP✌✌

Congratulation to edo state.Thank you to every1 dat make this happen 4 a free and fair elecn.thank u 2 INEC,thank u all.

Congratulations to my PDP people.

Which side you dey oga

IZE IYAMU IS THE FIRST MAN IN NIGERIA HISTORY TO LOOSE AN ELECTION BOTH IN APC AND PDP.. POI HAS MADE HISTORY ... See MoreSee Less

That makes him a fake pastor

Breaking News: The Rivers State governor Wike Nyesom As been appointed as the only Jagaban of Nigeria by federal government through the ministry of free and fair election and henceforth any other Jagaban is a Failure and counterfeit. The appointment was made by federal government immediately after the just concluded Edo state governorship election heard on the 19th of September 2020.more details later .

Una no go kill me with laugh

Despite him saling his faith to fulani.

The federal government will appoint him as Fulani emir.

Please what's the meaning of POI

U.S. sets record with over one million COVID-19 tests in a day

The bridge to nowhere – Vanguard