Though she’s a fixture at runway shows, models for magazine covers, and stars in ad campaigns around the world, Gigi Hadid maintains she’s an athlete before anything else. In fact, if things could’ve happened differently the former volleyball team captain would have pursued a volleyball career on a collegiate level and could’ve possibly gone pro. But life has a funny way of working out—and though she’s not playing volleyball on a daily basis anymore, she did get to incorporate that part of her life into her new Reebok x Gigi Hadid clothing collection.

“When I came to Reebok, I wanted the story very much to be about how being an athlete made me the person that I am today and gave me a work ethic and the drive to get here.” Hadid explained. “I think that this [collection] is almost the story of my life. The athlete turned fashion [star].”

On the eve of her collection’s launch, the model hosted an intimate volleyball game with students from Dream Charter School in Harlem New York and select editors to test out the new gear. Laced in her Gigi Hadid x Reebok black and white color-blocked leggings, matching bodysuit, a cropped t-shirt, and the multicolored Aztrek Double sneakers Hadid stepped on the court and showed she’s much more than a pretty face. One spike in and it was clear Hadid wasn’t playing any games.

Dropping today, the assortment is full of tracksuits, leggings, and swimwear inspired by silhouettes and colors from the ’90s. And of course, a dad shoe or two. “A lot of people are buying thousand dollar dad shoes and can’t actually go to the gym in them, so I’m making the dad shoe that will actually support your foot and you can play anything in it or take them anywhere,” says Hadid of the revamped Aztrek Double sneaker.

Voter disenfranchisement and COVID-19 are connected — here’s why 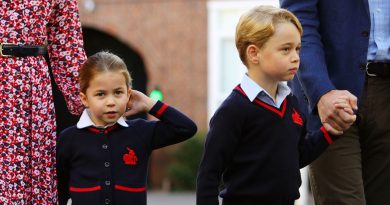