LONDON, Feb 4 (Reuters) – The onset of the Chinese Lunar New Year left spot trading on the West African market at a near standstill on Monday, traders said, but demand from Chinese refiners has been strong enough of late to push up differentials to multi-year highs.

* The approach of the New Year holiday has prompted a flurry of demand from Chinese refiners for Angolan cargoes, to the point where traders said barely any March-loading barrels were left for sale.

* Nigerian grades Qua Iboe, Bonny Light and Forcados have all received a boost, in part from European refiners that have needed alternatives to Libyan or Algerian crudes that have been in shorter supply.

* ExxonMobil was said to be offering two cargoes of Qua Iboe at a premium of about $2.25 above dated Brent, a touch below levels late last week.

* Vitol was said to have sold Qua to Indonesia’s Pertamina, which is a regular buyer of West African crude through its purchase tenders.

* India’s IOC is running a buy tender for a West African crude loading April 1-10. The tender remains valid until Feb. 7.

* Russia is complying fully with its pledge to cut oil production gradually, Energy Minister Alexander Novak said on Monday. He said Russian oil production decreased by 47,000 barrels per day (bpd) in January from October, the baseline for the global deal aimed at reducing oil supply.

* Pertamina said operations are running normally at its Balongan refinery after a fire affecting its oil and gas transportation (OGT) system at the field. (Reporting by Amanda Cooper Editing by David Goodman) )) 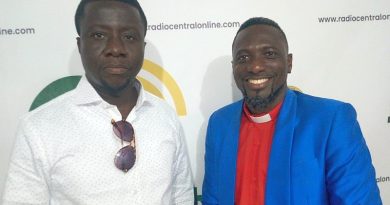