Timipre Sylva, former Governor of Bayelsa State, and Senator Heineken Lokpobiri, the Minister of State for Agriculture, on Monday, led supporters of the All Progressives Congress (APC) in Bayelsa on a march against killings of their members.

Marching through streets of Yenagoa, the Bayelsa State capital, the APC leaders and members took off from their party secretariat and marched to the state Police headquarters.

On Saturday, Braye Embikoro, an APC supporter in Bayelsa State, was killed during a clash between rival political parties. The incident occurred at a campaign rally of the APC Bayelsa West senatorial candidate, Captain Karimu, at Tungbobiri-Sagbama, a distance from Governor Seriake Dickson’s country home.

The APC members, however, embarked on a protest on Monday, chanting war songs, just as they accused Seriake Dickson, Governor of Bayelsa State, of being behind the killings.

While addressing party faithful during the march, Sylva said the killing of an APC member at a rally in Sagbama was “one too many”.

He claimed that the party campaign rallies had been riddled with several attacks by members of rival political parties, while their perpetrators have not been brought to book.

He said: “We have been watching the scenario where members of our party are being attacked while canvassing for votes. Two of them were killed recently in Nembe, and we reported the incidents but the Police is not doing enough.

“We are here to send a strong message to the Police High Command and Inspector General of Police that the persecution and killing of our members in Bayelsa is not acceptable.

“On Saturday, one of our members, who was attacked during a rally in Sagbama died, and we are here today to register our displeasure and demand that just as the Police is providing security for those in PDP, they should protect us also.

“We demand that the Police should be fair in their duties to avoid a situation where those denied security would be compelled to seek self help.”

Also speaking, Lokpobiri urged the Police to be thorough in investigating the cases reported by the party as members were awaiting justice.

He said APC in Bayelsa was conducting its campaign across the state in a peaceful manner, but have come under attack by rivals resulting to death of many, adding that as a law-abiding organisation, the party leaders have been urging members to exercise restraint and report issues of violence to law enforcement agencies.

In his response, Aminu Saleh, the Bayelsa Commissioner of Police, dismissed the allegations that the Police in the state was biased.

Speaking on the incident, he said: “The Nigerian Police is a federal institution and the Command under my watch in Bayelsa is poised to be fair to all in the discharge of our duty, I am aware of the allegations and counter-allegations even before my deployment.

“We shall look into the cases, even the ones reported before my arrival. The problem we have is that while a case is being investigated, it is not strategic to keep it in public domain, but it does not mean that we are not working.

“On the killing which occurred on Saturday, we are already working on it and arrests have been made. I hereby assure you that once we conclude our investigation, we shall brief the general public about it.

“It is our duty to provide security cover to all political parties and the presence of our men deployed to Sagbama prevented the breakdown of law and order.” 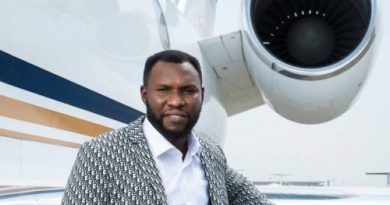 A Rethinking Phase For Nigerian Youth By Isaac Balami

As this year’s general elections gradually come to a close, various political parties have been embarking on a number of