“Rather fail with honor than succeed by fraud”- Sophocles

“Corruption, embezzlement, fraud, these are all characteristics which exist everywhere. It is regrettably the way human nature functions, whether we like it or not. What successful economies do is keep it to a minimum. No one has ever eliminated any of that stuff”- Alan  Greenspan

Every human society thrives based on a variety of factors but the most important is the human factor. The value system of the people and the type of people in a society determines to a large extent what will become of their society. Societies that place their values on building their youths and children into adults capable of progress and innovation would make more advancement than a society where they youths are largely known for a lifestyle in pursuit of wealth, sole personal career, fun and drugs.

Why do some nations fail and some nations prosper? It is really down to the type of people(which determines the type of leaders) that are found in this nation and not necessarily the endowments of nature in terms of resources that such a nation possesses.

It is the case that African nations have since independence not been able to do much in terms of advancement in the areas of science and technology. The economies of African countries are also terrible in most parts. There are 33 countries in Africa considered LDC’s -Least Developed Countries. The continent has a total of 54 countries. Of the 47 countries considered Least Developed Countries in the world, 33 are in Africa.

It has been said often and ought not to be repeated that Africa has some of the world’s most treasured and valuable natural resources but yet has done nothing with it to translate into growth and development. The problem of electricity persists despite the presence of solar, wind and water sources for the power to be derived. The problem of feeding exists despite acres of land that can be used for agriculture. Various problems have their solutions right before the eyes of Africans and yet these problems are never solved. Several reasons have been given to explain this but the most important is that of the human factor. What are the values of African youths?

In Nigeria, there is a concern that has since the early 2000’s created much attention but has still not been doused. The concern of ‘yahoo’ boys or internet fraudsters that carry the popular local tag of 419. As at when the menace started, it began with a slow creep of emails sent to foreigners which aim to appeal to the greed of these foreigners in order to dupe them or some of them contain pity stories and then solicit help. An action criminalised as Obtaining Under False Pretence.

The fact that it was new as at then (early 2000’s) ensured the success rate of the scam was high and very little protection had been set up by internet service providers to check such mails. As such, the first generation of those who went into the fraud system were very successful and had a ready market.

While they were at it, more people joined observing the luxury lifestyle of those who started it and they became attracted to it. With the crime widening, the government started the Electoral and Financial Crimes Agency which alongside the Independent Corrupt Practices Commission were empowered to tackle the menace of internet fraud. The fraud system had become lucrative however and before it could be curtailed spread beyond what the government could effectively stop especially as it was(and is) a type of crime that the offender(s) is invisible and cloaked behind a device.

While there are arguments that seek to justify the menace, the most popular one being that the era of slave trade deserves a reply from Africa with similar exploitation of Europe with fraud. One understands that the menace only deteriorates the condition of Africa further as it attracts her youths to a nonproductive sector that would not create any advancement or production of goods and services which strengthen the economy but only provides money that is immediately spent off back to the same source from which it came.

When one observes the lifestyle of internet fraudsters, one realizes that they spend quite lavishly on cars, drinks and women(who spend on jewelry, foreign makeup kits and other such) and this their mode of spending the money means they also return it to their supposed exploiters. The cars and other lavish items are usually produced in the countries from which the persons were exploited and as such, the money adds no national or communal value to the country of the fraudsters but rather takes more away from it especially as liability and not assets are acquired by the spendthrifts.

Recently, one of the participants in the Big Brother Nigeria show sought to defend the menace on the internet claiming that- ‘yahoo boys’ bring money into the economy. If this is so, why have African economies not reflected an increase or positive rise since the menace began? Why has the economic condition remained the same despite the fact that a lot of our youths have taken to internet fraud which supposedly brings money into the economy?

Already, the government has ignored the fact that the menace means great disaster for the future of Nigeria (and Africa) as a lot of our youths who should be gaining knowledge and skill to power our advancement in various sectors especially science and technology have taken to the easy wealth option of fraud and would in the long run not be of any use to the country. We are daily losing human resource as more people abandon work which can advance the economy and produce foreign exchange but rather take to an exploitative life of crime which benefits the person but not the society.

The ready-material for those who become internet fraudsters is present when there are no job opportunities and the future does not seem good for youths who desire to make their own attainments and are ambitious . Again, there is the pressure to be as successful as the next man and when the next man attains this success by fraud, the motivation to do it spreads to others and as such is a very contagious menace.

The danger of the 11th plague is that it brings other plagues along with it. While we complain of internet fraud, there is a need to understand that it is linked to a lot of other issues such as drug abuse, human trafficking, robbery and also human rituals. There is a trend in Nigeria which suggests that crime is on the rise whenever the market for ‘yahoo-yahoo’ is bad. Whenever there is no means to defraud or it has become harder, in order to keep their lifestyles, there is a resort to criminality of various sorts especially armed robbery. There are also evidences to suggest that there is a chain in the underworld that links internet fraudsters and human traffickers.

Internet fraudsters establish links across countries and these links are also used to transport people for the purpose of prostitution, cheap labor and other sorts under the guise that they would be emigrating to a place where there are better opportunities.

In Nigeria, there is also a strong belief in diabolic actions. The desperation occasioned by internet fraud has led to a combination of diabolic practices and internet fraud. This is known as ‘yahoo plus’. Human body parts are sourced to the end that they are used for rituals that are believed to enhance the chance of an internet fraudster or to make him get the right ‘client’ who will be gullible enough to part with funds.

The 11th plague is a severe one and it is of late on the rise. As it stands, there is a need to educate people on how their actions hurt the community and how their explanations for why they take to such fraud is not tenable. There is a corresponding need to ensure that the government funds education and at the same time provides opportunities for educated Nigerians to be something better than Twitter political warriors fighting themselves to political ends. It is the case that as more people take to internet fraud, we lose a very strong populace of our youths and young ones to a life that would lead to no economic development of the nation but rather individual gains that are again quickly lost to lavish spending.

There is an hailstorm of internet fraudsters presently falling and to ensure that it stops, the Nigerian youth needs to see why he should stop. The government needs to come on board and dissuade this menace by creating alternate avenue for individual expression, ambition and success. The society also needs to stop praising these people in songs and to ensure that only people who make their wealth from the sweat of their brow are honored.

Koye-Ladele Mofehintoluwa can be reached on [email protected] He is an opinion writer and a Law student. He writes on various topics of interest especially activism, Nigerian politics, legal issues and other sorts. He has a passion for Human Rights. On twitter at @koye_tolu 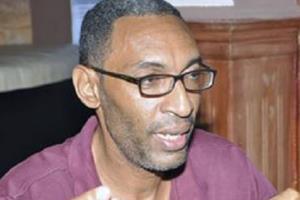 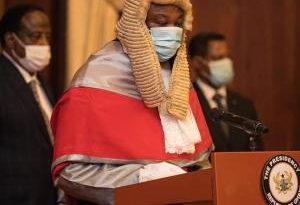