Nigerian go to the polls on Feb. 16 to elect a new president in an election where the incumbent Muhammadu Buhari and his deputy have been touring the country to woo voters for a second term in office. (Reporting by Alexis Akwagyiram and Paul CarstenWriting by Chijioke Ohuocha, Editing by William Maclean) 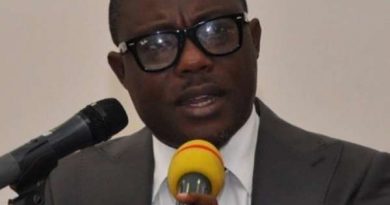