On Monday, it will be five years since Satya Nadella was announced as Microsoft’s chief executive.

Since taking charge he has turned the tech firm’s fortunes around, making it the most valuable company in the world for the first time since 2002.

You thought Microsoft was so last century, didn’t you? In the late 80s and 90s, the company’s Windows operating system ruled the world.

Although the Surface tablet is a modest success, Microsoft’s smartphones have flopped despite the firm paying more than 5.4bn euros ($6.2bn; £4.7bn) for Nokia’s handset business. Apple’s iPhone, and then Google’s Android left Microsoft in the dust.

The company has undergone the same stages of evolution experienced by many successful tech names.

“Some of those waves we’ve missed, but we’re nothing if not persistent,” Steve Clayton tells me.

He’s Microsoft’s chief storyteller – and before I get too sniffy about his job title, I have to remember that’s technically my job too on Click.

Part of the reason Mr Nadella was picked for the top job was his determination not to miss the next big wave – cloud computing.

“[Cloud is] the ability for us to have software anywhere on any device,” says Mr Clayton.

Forget the company’s ill-founded attempt to have its own brand of smartphones – the more devices on which it can run its now subscription-based Office suite, the more money it makes.

And subscriptions make up nearly two-thirds of its revenue these days.

Couple that with Azure, its cloud computing platform and data centres, and you can start to understand why Microsoft’s share price has tripled since Nadella took over.

In November 2018, it became the most valuable company on the planet for the first time since 2002, and has tussled with Amazon for the lead ever since.

During my day at Microsoft’s Redmond HQ near Seattle, I’m reminded that the unwieldy supertanker of stage six doesn’t have to vanish beneath that next wave.

Stage seven can either be a sinking of Titanic proportions or it can be a sinking into the background, becoming part of the infrastructure, and quietly, unostentatiously, allowing your confidence to grow.

“We don’t want to be the cool company in the tech sector,” Mr Nadella has previously said.

“We want to be the company that makes other people cool.”

Sure the PR machine is in full swing here. But the numbers suggest Microsoft has a lot to crow about.

And with that stage-seven confidence, comes an acceptance that you can’t win every battle; that you should welcome other’s successes.

Embracing new ideas that don’t have to originate within Microsoft, seems to be one of Mr Nadella’s core principles.

And so the firm has embraced open source, and partnered with competitors, including its cloud services rival, Amazon.

Microsoft Office now runs on the iPad – and Mr Clayton uses an iPhone.

That’s another Nadella quote for the bank.

“In 2014, we cancelled our company meeting where our leaders would tell employees what was important, in favour of having a hackathon that lets our employees tell our leaders what’s important,” recalls Jeff Ramos.

He is head of the Microsoft Garage, where employees with a bright idea can come and experiment, build, hack, and see if it has legs.

“Our idea was very simple,” Lenin Sivalingam explodes with enthusiasm.

“We’re going to run computer vision [algorithms] on live streams, understand them pixel by pixel, and we’re going to find interesting moments, and show them to people.”

Mr Sivalingam is describing the HypeZone – the project that won his team Microsoft’s 2017 hackathon.

Having previously used artificial intelligence to analyse video streams from traffic cameras, Mr Sivalingam hit on the idea of analysing video game streams to find the most exciting moments.

Fortnite, he explains, is somewhat boring to watch for the first 20 minutes. The Battle Royale fight-to-the-death game only gets really exciting when it’s down to the last few players.

In the style of the NFL RedZone, the HypeZone, running on Microsoft’s streaming site Mixer, uses AI techniques to examine every stream coming into the site.

A character’s health, kill count, and other factors, help determine how exciting the battle is, and the most thrilling one happening at that moment is the one it shows.

Once the game is over, it switches to another stream that’s approaching its climax.

It’s also great for streamers, says Mr Sivalingam, as it can bring really good players to prominence, simply by the quality of their gameplay, rather than their current celebrity status.

Of course there’s a place called the Batcave. It’s a really plain-looking room, in which extraordinary things are happening.

I and four others are wearing the firm’s HoloLens augmented reality headsets – we can see each other and our surroundings, but floating around us are pictures, 3D objects, text and presentation material.

To add new objects to the space, we say search terms out loud. The results appear as a stack of images for us to manipulate.

Oh, and did I mention that two of my collaborators aren’t even in the same city as me?

One is in New York, and one is in San Francisco. I can see them, and they can see us, as animated avatars, which blink, and lip-sync to the words we speak.

Microsoft changed the way we worked once with Windows.

There’s a long way to go yet, but maybe, when augmented reality is ready for prime time, this could be the workspace of the future.

“The CEO sets the tone, the direction, the strategy and the culture,” says Mr Clayton.

Mr Nadella has stood in front of a display saying Microsoft loves Linux, made Microsoft a member of the Linux Foundation and spent $7.5bn buying Github – the code-sharing site where much of the content is designed to run on Linux-based operating systems.

Under his watch, this has become a company that embraces others’ ideas.

All, admittedly, with the confidence that comes from having caught another wave – Cloud – which pays its bills. 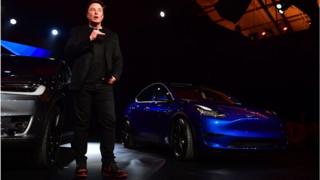 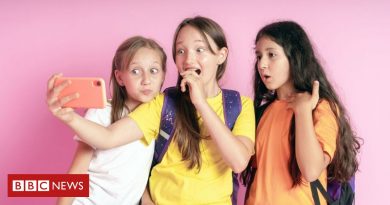 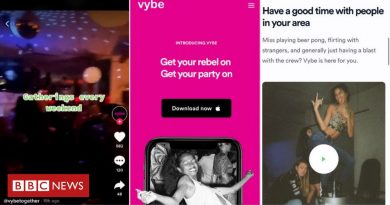 Senior lecturer at the Political Science Department of the University of Ghana, Prof. Ransford Yaw Gyampo has described as disappointing