Yele Omogunwa, the senator representing Ondo South Senatorial District at the National Assembly, has been mobbed by enraged youth in his constituency.

The attack came a few days after Bamidele Baderinwa, the lawmaker representing Idanre/Ifedore Federal Constituency Area of Ondo State, was attacked by youth.

SaharaReporters gathered that the senator, who is a member of the All Progressives Congress (APC), was assaulted in Okitipupa area of the state. Several witnesses said Omogunwa, who was accused of poor performance by his people, was attacked at the palace of the Jegun of Idepe, Oba Michael Adetoye.

He was in the company of Vice-President Professor Yemi Osinbajo at the palace, when he was assaulted. Our correspondent gathered security operatives of the Vice-President came to Omogunwa’s rescue by escorting him out of the scene.

Osinbajo was in Ondo State for a two-day visit to distribute the Trader Moni fund for traders in selected local council areas.

An eyewitness simply identified as Kayode told SaharaReporters that Omogunwa was attacked due to neglect of his constituents.

“Senator Omogunwa was attacked and nearly lynched. I saw it with my two eyes. The youth, at a time, were even shouting ‘thief, thief’. Some of us were about taking a video recording of the attack when the security aides to the Vice-President told us to stop it and threatened to seize all our phones. The issue is that he (Omogunwa) is the worst senator we have ever had in this constituency. He has no meaningful constituency projects here.

“In the past three and a half years that he has been in Abuja, he has neglected us here and has been giving orders from his office at the National Assembly. I think I heard someone say he only presented one bill throughout his three and a half years, and there was a time he brought in an old truck to grade our road.

“Just imagine! He has no visible constituency office here in Okitipupa and he is not accessible. I always find it difficult to reach him on issues bothering us. Even on social media, he does not have any relevance. He is such an analogue senator. Now, election is coming, he and the other lawmakers are now seeking our votes. All of them are using the name of President Muhammadu Buhari and Yemi Osinbajo to canvass votes but we know where we are going.”

However, Jide Omogunwa, media aide to the senator, said the report of attack on the Ondo Senator was not true.

He explained that the youth demanded money from the senator, and were impatient and decided to cause a row.

“At the event, the youth came to ask for money. As he was trying to get them money, they thought he was trying to escape. So, some of these youth were now protecting him while some were pushing themselves. It doesn’t have any political undertone.”

PDP To Buhari: Your Ministerial List Is Colourless, Uninspiring 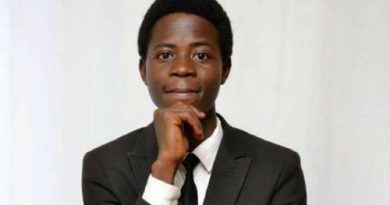 Insecurity: Nigerians Deserve The Best, Not Your Best – A Reply To President Buhari By Festus Ogun

From my experience due to my stay in Benin and my interactions with the indigenes, politically one cannot actually predict the Binis,they can flip-flop.

You can't never be so sure who an eligible voter of bini origin will vote for until he or she holds the ballot papers.

Your hopes on their political support is always a wager,this has helped them to get the better deal based on population and spread.

The Benin are very discerning traditionally and politically. They will not vote oghion'Oba the traitor Obaseki.. They will vote APC and pastor Ize-Iyamu. POI is coming

Obaseki for Governor, Izi gan Iyamu for gateman.... 4+4 is sure and confirm

many Esans are too emotional. they should retrace their steps before it's too late. don't let people take advantage of you.

Mr poster you are very right. a normal Benin man is very reserved. you can not know what is in his mind even when he is smiling at you.

Its has bin cancel

PLEASE, DON'T FORGET TO GO AND VOTE FOR OBASEKI (PDP).

I heard that the APC want to share our money, your money that they stole.
Please, go and collect your own but, VOTE OBASEKI (PDP)

This is your right, don't let (OSHIOMHOLE) them decide your future for you ... See MoreSee Less