The people of Isoko nation of Delta State, under the umbrella of the Isoko Development Union (IDU), have lamented “poor representation” in the Senate.

James Manager is the current senator of the representing the Ijaw, Itsekiri and Isoko that make up Delta South Senatorial District at the National Assembly. Manager has been in the Senate for almost 16 years on the platform of the Peoples Democratic Party (PDP).

Speaking during the week on behalf of Isoko nation, at a senatorial campaign/consultation visit to IDU in Oleh, headquarters of Isoko South Local Government Area of the state by Emmanuel Unduaghan, the immediate past Governor of Delta State, Iduh Amadhe, the President General of the Isoko sociocultural group, noted that Isoko nation is lagging behind due to poor representation.

Addressing Uduaghan, Amadhe said: “Our political representation quagmire at the Senate has been giving us headache. We need someone with proven experience to represent us. I don’t need to make long speech, but Your Excellency, all I have to tell you is that when you get to the Senate, don’t forget Isoko nation.

“From Uduaghan’s well-articulated speech, all Isoko people who were already convinced about his political pedigree were left without an iota of doubt, that he will provide effective and results-oriented representation as the next senator. We therefore wish to assure you of the unalloyed prayers and support of the Isoko ethnic group in ensuring that you get elected as their Senator come February 16. We the Isoko shall vote for you; Itsekiri will vote for you and the Ijaw will not be left out too.”

Uduaghan is running on the platform of the All Progressives Congress (APC) as the candidate seeking to represent Delta South senatorial district at the National Assembly.

The IDU leader, however, enjoined Uduaghan to ensure that the Isoko social, political and economic development interests were protected when elected, urging him to, “radically help the Isoko address the challenges posed by increase in revenue accruing to the area from OML 30 oil prospect, and also the conversion of gas flares to boost electricity supply in the area”.

In his address, Uduaghan stated that his aspiration was premised on an issue-based campaign and not attacking personalities.

He promised to propose a bill seeking the transformation of illegal bunkering and refining of petroleum products into legal ventures that would provide jobs for the youth, and also formulation of laws to enhance environment protection and sustainable development of the area.

Uduaghan was accompanied on the campaign visit by Joel-Onowakpo Thomas, the APC Isoko Federal House of Representatives hopeful, as well as other party leaders. 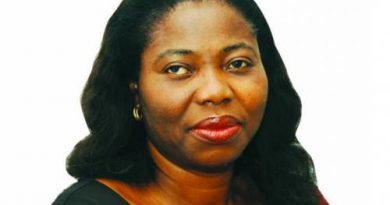