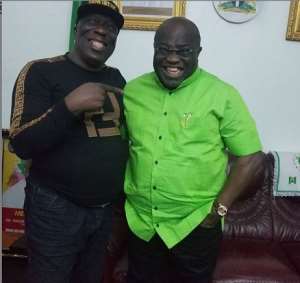 Fans of nollywood actor, Charles Awurum have taken to his instagram section to blast him for usage of wrong word and support of a governor who they think have not lived up to their expectation since the beginning of his tenure. 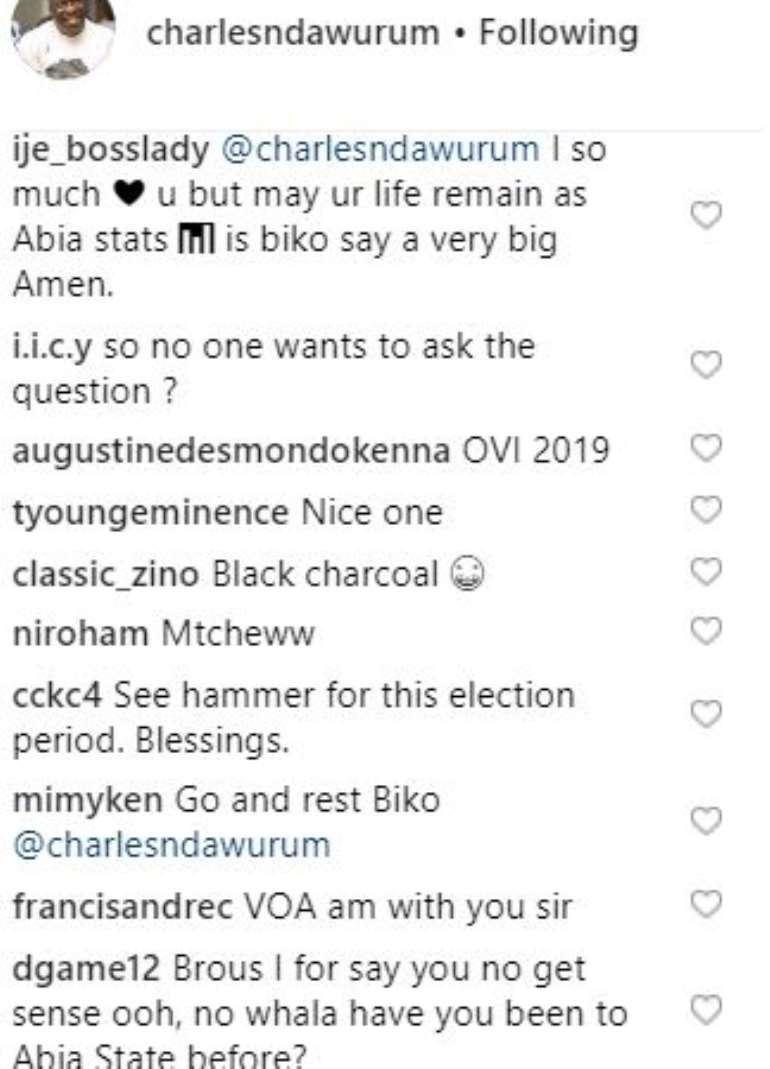 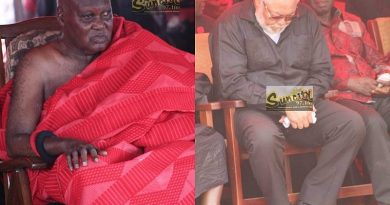 She's divorced doesn't mean she was a bad wife.
Some men are just not husband material ✌️ ... See MoreSee Less

Our advice is that we stop playing the Ostrich

While we do not want to join issues with the Federal Ministry of Finance, we believe it is our duty to offer useful advice for the benefit of our country.

The Minister of Finance, Budget and National Planning, Mrs. Zainab Ahmed should rally Nigerians to stem the obvious fiscal slide facing our country.

Rather than play the Ostrich, we urge the government to take urgent steps to end the current monetary rascality, so as to prevent the prevailing economic challenge from degenerating further.

We believe it is imperative to approach the Nigerian project with all sense of responsibility and commitment and not play to the gallery because ultimately, time shall be the judge of us all.

Good, the federal government are use to lies even when issues are obvious

We believe you sir. The truth is bitter

This are story story story, no road ,no light,no hospital, this is what we want,edo non be lagos,oshomole we dont want this story,

AN OPEN LETTER TO MR PRESIDENT....

Dear President Muhammadu Buhari
I am not the type that believe in letters but since I do not have direct access to you, I am using this medium to reach you.

We did not beg you to become our President; you chose to become one and since fate has bestowed you on Nigerians, you should be able to direct our affairs to the best of your abilities.

We all know that before you took the mantle of leadership of this country, there were challenges of unimaginable proportions that you inherited and is still trying to surmount. If you knew you were not up to the task of being the Commander-in-Chief of this monstrous contraption called Nigeria, you could gladly have declined to lead us in this age.

Recently, you have betrayed Nigerians by some of your actions and inactions.

While the country is soaked in blood, you have danced to the gallery by indulging in insensitive things. We know that the ultimate aim of these daily blood-letting is to cow you into the submission of your chequered leadership.It happened under the former President and fate bestowed you on Nigerians in 2015.You have been our President now for about 6 years.

We all know that the current insurgency in the country have now boomeranged on all of us.

We know that as the C.I.C,you have delegated some powers and that you cannot be everywhere as an individual to physically take up the gauntlet against the cavaliers of this new bloody adventure in Nigeria.We know so many other things, but,you should realize that when some totally unplanned, unexpected and unforeseen events takes place in a country, it is exactly at such times that we should know who is truly in charge.

Are you still in charge Mr President?

Nigerians did not foist the Presidency on you against your will; you chose your destiny. It is the seed in peppers that make them harsh and not the leaves.

Insurgency is ravaging the land and you should be proactive enough to counter them. A finger cannot remove the lice in any head. Terrorism and terrorist activities are not limited to Nigeria alone. This we know, but a man who is carrying an elephant on his head does not dig with his toes for a cricket on the ground.

We cannot continue to watch helplessly as innocent Nigerians are hacked daily.Show us the stuff Presidents are made of.Liaise with Foreign nations who are good at Counter-Insurgency to put an end to this madness .Freeze the assets and accounts of all those in our Intelligence lists as alleged sponsors of this evil until their names are cleared. Liaise with our Foreign partners to do same. Heavens will not fall. It is an old man that ties a loin cloth to his farm that subjects himself to the ridicule of kids who make a mockery of his testicles. We did not beg you to lead us, you chose that path for yourself.

Mr President Sir, if an issue is well explained, it is only then that it can be listened to and clearly understood. You are the President.

Sane Nigerians do not believe in hear-says anymore. If you know and believe that there are Political, Spiritual and otherwise leaders amplifying this ignoble blood-letting in the land, instruct our Security Agencies to get these people arrested, no matter whose ox is gored. There are no pillars in heaven holding the earth that will fall if you take such positive actions to stem this new found love for blood-letting in Nigeria.

A very sick chicken have no need to be afraid of the hawk. You have won your re-election and should not be scared of any Political repercussion.It appears there are fifth columnists in your administration that you need to get rid off immediately. Some members of our National Intelligence Team are either incompetent or on the take, because there seems to be no justification or explanation for the influx of the kind of ammunition used by these insurgents.

Who is responsible for Border Control in your administration Mr President? Do we still have a Minister of Interior? Who are the egg-heads in our Intelligence Unit? Don't you think it is time to tinker with the officers attached to our international gateways since these arms are not manufactured in Nigeria?

Don't you think it is time you overhauled our entire Intelligence Unit?

If a native doctor says he alone has the cure for an ailment, such a man definitely know one or two things about such ailment. What have you done to our just retired Military Czars who have been prosecuting this endless war with Billions of Naira or other major currencies? Don’t you think they should be held accountable for the Tax payers money they have frittered away without commensurate results?

A man cannot fathom a solution to what he knows nothing about. What intelligence data does our National Intelligence have on all those who have been making provocative statements in the country?

Can you not liaise with our National Assembly to grant our Intelligence Agencies the power to wire-tap the phone lines of all these people making some unguarded utterances in Nigeria? Are they bigger than Nigeria?

These Terrorists are gradually becoming your teachers and if your enemy eventually becomes your teacher, the end result should be expected.

Mr President Sir, it is the head of a living person that you can pick lice from.Nigerians are dying daily in the hands of these insurgents. Your advisers are probably painting a rosy picture for you to keep their jobs. The so-called “NEXT LEVEL” of your Presidency will have no impact if there are no citizens to enjoy it.

I would have said more things here, but I want you to seriously ponder over some of the things I said here.

I remain your concerned citizen,