In the time of the pharaohs of Egypt, when African civilisation was at its apogee, dreams were considered an elemental means of communication from the divine. The story of Joseph and an Egyptian king in the Bible accents this.

In Igbo cosmology, dreams, “nlo”, are often not weighed with levity. They are studied through priestly oneirology and interpreted. And even in Pentecostalism dreams have a place.

Lately, I have been thinking pensively about the political future of the Igbo in Nigeria.  And as it is, there appears to be no forecast of sunshine, but of dark clouds.

The late Emeka Ojukwu envisioned APGA to be a melting-pot for all Igbo interests and a political bargaining-asset for the south-east. But today, the party is sequestered to an insignificant corner in the region.

Since 2017, APGA has galloped from one scandal to another. The primary elections conducted by the party in 2018 soaked up lots of acrimony, accusations of fraud, extortion, intimidation, imposition and other dirt. And it keeps floundering.

Recently, the party endorsed the candidature of President Buhari. Inasmuch as I think the party is well within its rights do so, but I wonder, to what end? Is there a guarantee that there will be support for Igbo presidency in 2023? And is there a pledge to restructuring Nigeria, which the Igbo earnestly demand, by the endorsed candidate? Or is the endorsement a “personal arrangee”?

I would really like to know what informed the party’s decision, though I am not a member of the party or any political party. But Ojukwu came to me in my dream last night. He looked mournful, with tears like Kaduna railway tracks lining his face and soiling his heavy beard. And with a belaboured cadence, he uttered, “APGA!”

I am not a dream interpreter. But I think the message is clear. Or could it be a function of my mind; worries?

In all, I would advise young and progressive Igbo sons and daughters to identify with a political party; a fledgling party, not the APC and the PDP, which have been tainted.

They should make the desired party their own and forge it into a strong force by reaching out to their siblings in the south-west, south-south, north, and middle-belt.

The elders have failed us. But we cannot fail ourselves. These elders fan the flames of ethnicity and religion when they want to extract political profit. But the real ethnicity of the political class is power and their true religion is money.

We cannot have a forecast of political sunshine, if we work in isolation of other stakeholders in this entity. The elders know this, but they only enter into negotiations for themselves, their families and side chicks.

We cannot fail ourselves. 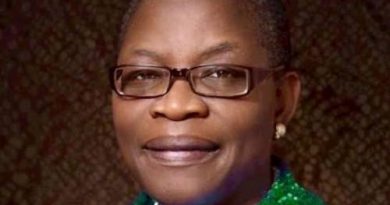 Brazzaville, 17 December 2020 – COVID-19 cases in the African region have risen steadily over the past two months, underscoring