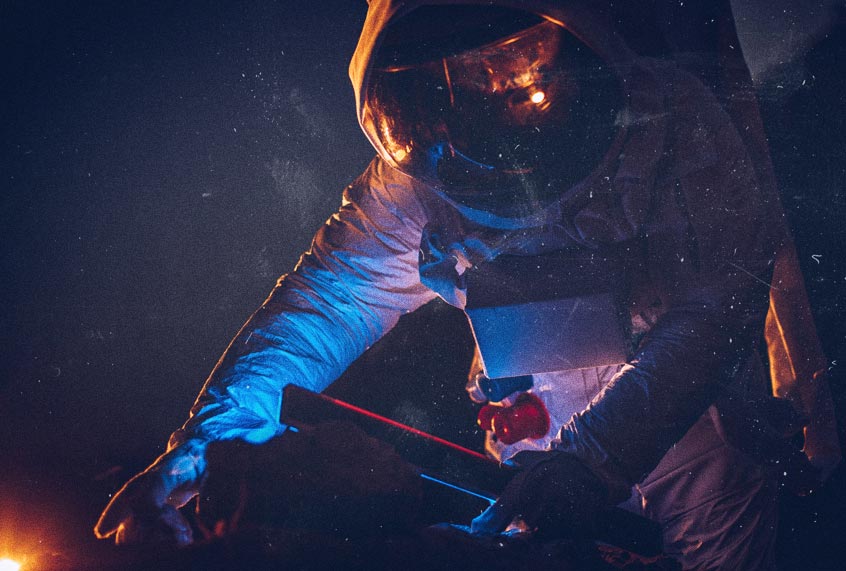 While commercial space entrepreneurs like Elon Musk and Jeff Bezos tout space travel as a normal part of humanity’s future, medical researchers are starting to realize that the human body — and particularly brain — is not really designed to be floating around weightlessly for a long time. Sure, astronauts mostly come back in relatively good shape — but remember, these are people who are selected in part for being in excellent physical health, a far cry from the average citizen that may aspire to space tourism.

Now, two researchers have published an editorial saying just as much in the Journal of the American Medical Association (JAMA)’s neurology issue, sounding the alarm bells over the impact of microgravity on the human brain.

Donna Roberts, M.D., a neuroradiologist at Medical University of South Carolina (MUSC), who co-authored the article and has published previous research on the condition known as hydrocephalus associated with long-term spaceflight (HALS), said in a statement there is specifically a lack in understanding regarding how long-term space travel — that is, over five months — can impact the brain. Hydrocephalus occurs when there is an abnormal buildup of cerebrospinal fluid in cavities deep within the brain, which is absorbed in the bloodstream. An excess of this fluid can put pressure on the brain, damage brain tissue, and impact brain function.

“We know these long-duration flights take a big toll on the astronauts and cosmonauts; however, we don’t know if the adverse effects on the body continue to progress or if they stabilize after some time in space,” Roberts said. “We need to know if HALS represents an adaptive response or a pathologic process that must be mitigated, perhaps by simulated gravity.”

In the paper, Roberts and her co-author Lonnie G. Petersen, MD, PhD, of the Department of Orthopedic Surgery at the University of California-San Diego, acknowledge that the hydrodynamics of cerebrospinal fluid “is complex and is incompletely understood.”

“We and others have documented enlargement of the fluid-filled cerebral ventricular system in astronauts following long-term missions (longer than 5 months) on the International Space Station compared with the normal appearance of the brain and ventricles prior to space flight,” the authors explain. “Astronauts who flew short-duration missions (1-2 weeks) on a space shuttle did not demonstrate a significant change in ventricular volume from preflight to post-flight imaging.”

A change in cerebral structure as a result of no gravity indicates an “unrecognized gravitational dependency,” the authors explain. In other words, the human brain likely needs the gravity of Earth or a comparable planet to function properly for an extended period of time.

“We need to know if HALS represents an adaptive response or a pathologic process that must be mitigated, perhaps by simulated gravity,” Roberts said in a statement. “All of our astronauts should undergo testing and studies to monitor what’s happening in their brains before and immediately after space flight, with long term follow-up care and monitoring.”

“The study of HALS will provide new insight into the effect of gravitational stress on the brain and will improve our understanding not only of that phenomenon, but also for similar cerebral fluid disorders here on Earth,” she added.

In her previous research, Roberts found that astronauts who traveled for longer than five months experiences significant changes in the brain structure, particularly with the frontal and parietal lobes, which are responsible for movement of the body. She concluded that the longer an astronaut was in space, the worse the symptoms were. This could be dangerous for astronauts when they return to Earth, but also when they are in space.

“Alternatively, HALS may prove to be deleterious and progressive for crews on longer-duration, interplanetary missions,” Roberts and her co-author stated in the JAMA paper.

Meanwhile, commercial spaceflight operators are eager to let the space tourism boom begin. SpaceX announced last year that it would be flying tourists around the moon in 2023 at the bidding of Japanese billionaire Yusaka Maezaw. There are many discussions about a trip to Mars, too, which could last an estimated nine months, perhaps even three years round trip. Meanwhile, there is no research at all as to how the human brain would fare living on a lower-gravity planet like Mars, which has much less mass than Earth and therefore only 37% of Earth’s gravitational acceleration.

“What astronauts experience in space must be mitigated to produce safer space travel for the public. Just like in Stanley Kubrick’s movie, ‘2001: A Space Odyssey,’ HALS may be a normal response of the brain to spaceflight. Alternatively, HALS may prove harmful, and countermeasures will need to be developed to protect the long-term brain health of astronauts and space explores,” Roberts said.

The presidency is an actual job: This idiot can’t do it

The lesson of “Six Feet Under,” 20 years later: “We’re not really as in control as we all think”