Binta Masari, wife of the Governor of Katsina State, Aminu Bello Masari, has distributed N510 million in support of her husband’s reelection bid.

Masari shared the money among 10,200 women during a flag-off campaign in support of her husband’s reelection on Sunday in Katsina.

A source close to Senator Lado Danmarke’s governorship campaign organisation said: “The wife of Katsina State governor, Dr. Binta Masari, has taken to vote buying by distributing N50,000 each to over 10,000 women.”

Speaking on the governor’s wife’s gesture, Shehu Shewei, a former aide of the Governor, said: “The wife of the Governor supported 10,200 Katsina women with a token of N50,000 each to help fast-track women empowerment in the state.”

He disclosed that beneficiaries were carefully selected in clusters of 300 women from each of Katsina State’s 34 Local Government Areas. 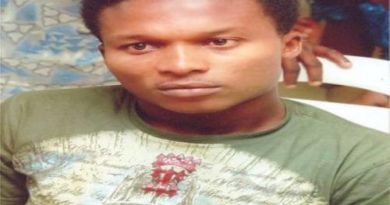 The Persecution Of Agba Jalingo: An Open Letter To PDP By Elias Ozikpu

Amen Amen and Amen have a nice day and you too

Let us have there names oga

I Have Just Realised That The Fight Of Uromi Sons & The Destruction Of Her Political Patrimony Or Hegemony Is Gain For Other Esan Communities…
I Have Chosen To Be Wise..
What About You?? ... See MoreSee Less

Thank God it's happening now as it has bring out the secret of all our super leaders minds and what each stand for. And that is to say they not fighting any common goal. It's just the starting point. Put your house in order and dance at home before you tell other how you know how to dance. The problem with politics in UROMI in both PDP and APC is the local executives of the parties. Greed and corruption is their watch words, lies has become some people hobby and royalty has been thrown to the fire, criticism and stomach infrastructure is the other of the day and non you can trust with anything. They don't tell the truth to their fellowership which in turned look at the leaders as liers, closed gate and lock rooms issues. Hominization was all that was needed to bring sensitize to it but the implementation was the problem. Good move and all stakeholders was not brought together and some of the leaders are still leaving in the dark as to what really happened. Again, parties has Constitution, which states the approved of stay in office and all that. I am happy it happened now and everyone of them know where to start if you hoping for a political position. The truth must be said our LGA executives of the party need a changed, whether anybody like it or not. That is submission for now. Many waters has passed under the bridge and each of them looking for what to gain alone, and no one want to work but want the proceed. We are watching as the event will unfolded. God bless Uromian.

Yes oooo, if only others can reason it this way

The problem with the average Uromi guy is that they 're too arrogant , it always about me this, me that .It will shock you that the next Governnor will come from Esan Central Local Government .

Fellow Ghanaians, good evening. Exactly two weeks ago, I came again into your homes to outline a roadmap for easing