Kingsley MOGHALU, the presidential candidate of the Young Progressives Party (YPP) is one of the four main contending candidates in the next general elections. He was one of the CBN technocrats who worked with the PDP government and had been part of the many World Bank devotees who had helped to impose disastrous policies like the Soludo-led Banks Consolidation and Bailouts that helped PDP business men to go scot free with the rape of the banks. Many of those consultants came up with economic policies like NEEDS, SEEDS, FDI, Deregulation, Naira Devaluation, PPP, and such others that have turned Nigeria into the world capital of poverty today.

Many of these PDP technocrats contesting today are hiding the fact that they are younger and have been personally successful and can safety been seen by youths as models. But personal success does not determine societal wellbeing. Youths must be engrossed with finding a candidate that have the ideological clarity and revolutionary zeal to lead the coming revolution.

Among the “youth” candidates, he comes behind the activist Omoyele Sowore but still leads a good number of supporters. He has done less practical campaign to Sowore but is being seen by many liberals as a moderate candidate.

Liberals are quite dangerous as they usually work more as moles and agents than as real leaders in a political set up like Nigeria. The ernormity of the need to have an anti-establishment candidate is great considering the fact that both the two sections of the ruling class has shown that they would never drive real societal development, as well as redistribution of wealth. PDP and APC are to most Nigerians, the devil and the deep blue sea. Thence the mass desire for a real alternative. But the alternatives are basically four until now. Except Sowore, the other three were part of Presidential Aspirants Coming Together (PACT). The main reason is more ideological than the sentiment of youthism. It should be noted that one of the worst performing governors, Yahaya Bello of Kogi, is probably the youngest.

This piece shows that beneath the candidacy of Kingsley Moghalu and the likes lies a loyalty to the old order and a tendency to be a clog in the wheel of our revolutionary progress. Efforts are also geared towards showing that antecedents matter and history has shown that Moghalu played prominent roles in the failed PDP Economic Teams and is still very loyal to anti-people ideas. We however opine that change-seekers should be concerned about winning his supporters to our side and party through patient explanation and thorough understanding of principled issues at stake.

Kinsley Moghalu has been a Neo-liberal Agent in the Central Bank of Nigeria (CBN) having undergone works with the UN. Though he now pretends to be a good guy, his history shows otherwise.

Moghalu played a leading role in the fraudulent and anti-people bail-out of banks that was led by Charles Soludo, then governor of CBN. That many banks like Intercontinental bank froze later and the Sanusi-led bank reforms had to send many of the gluttonic bank owners to exile and court, tells a lot about a man that claims to be a saint now.

When Sanusi later exposed the corruption of the Jonathan government in the CBN and he was immediately victimized, Kingsley Moghalu sided with Jonathan. In an exclusive interview with Interpo, the YPP presidential candidate opined:

Mocking Sanusi’s revelations over exposing one of the biggest public thefts in our history ever, he blasted: “Somebody in the central bank was taking on an activist political role. That is not our function. Central banks over the world have clear functions and in your country [Britain] and any other civilised country I know that central bank governors operate within certain expectations and constraints and respect those expectations and constraints.”

Yet, Kinsley Moghalu have pasted posters tagged “OUR MUMU DON DO” He has also been talking as if he believes in anti-corruption. But when it comes to fighting alongside his boss in the CBN against the evidently corrupt Goodluck Jonathan government in a grand fraud that is still keeping Mrs Diezani Allison Madueke abroad now while some others have been blacklisted, he played the reactionary card. Such unprincipled person cannot clean the Augean stable in the poverty capital of the world!

Though rumours have it that Sanusi is now involved in the sponsorship of Moghalu’s campaign, our political faith is never in tandem with ruling class elements who only have love-lost friendship on the basis of power and interest other than the interest of the generality of the working people.

We must be careful of candidates that have ties with the PDP and the ruling class agents.

The why Moghalu does not believe in a Living Wage, unlike Sowore who believes a #100,000 minimum wage for an average worker “would never cause inflation”. Instead, the ghost workers as Senators and governors are earning tens and hundreds of millions and inflation never arise.

We have a country to take back. We must do this by any means necessary, but we must never shoot pur own selves in the legs. Only a revolutionary movement can take back Nigeria. Only a party with radical building and spread like the AAC can lead the way in the quest to build another country where poverty and inequality would be abhorred, while collective prosperity and equal distribution of work and wealth will be the national principles.
If we truly want another Nigeria, we must embrace the hard line! 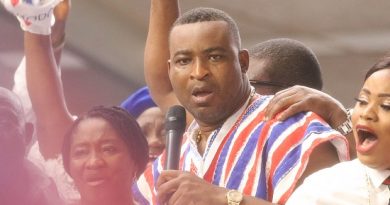 #EndSARS: ‘Mr President, this is the reform effort we want’

Why the first five minutes of a meeting shape its outcome