“Conversations enrich the understanding, but solitude is the school of geniuses”.

These days, I have developed a habit of asking random questions from known and unknown persons. Questions mainly around the political frame of the public mind on those running for the highest office; the Presidency. And one of such questions involved knowing the thought of random persons about different political candidates. Interestingly, I heard words such as ‘slow’, ‘integrity’, ‘jobs creator’, ‘alternative’, ‘jokers’, ‘humane’, ‘corrupt’, ‘evil’, ‘genius’, ‘incompetent’, ‘star boy’. I am sure, you have ideas of who and who these words might refer to. But one of those words struck with me, and it is the word ‘evil’. Why would a Presidential candidate, a human being, be termed ‘evil’? Finding an answer to this, informed this article. I decided to be the angel’sadvocate – nothing personal.

Without a mention of name, you might have an idea of who is being referred to as ‘evil’ of all the candidates. So I proceed to ask, ‘why evil, why is Atiku considered ‘evil’ (or corrupt), whatever nomenclature has been slammed on the man, as a major contender in the race. To my surprise, 99.99% of the persons using the word on him, do not even know why. That shocked me, so I decided, as a neurolingusitic programmer particular about how words shape the mindset and self concept of people about themselves and about others as they interact with the world, to explore Atiku. Please, let’s do this devil’s advocacy work together.

Firstly, let’s open up his career and business frame a bit. Atiku worked in government, but I did some digging and I realized Atiku, though an only child of his parents, has always being an entrepreneurial minded individual. Interestingly, his first business was within a year of working and in his early 20s. At that time, he went to the dealer of trucks and acquired two or three trucks on instalment credit for the business of carrying agricultural produce from the Northern region to the South (especially Lagos), with hopes to pay back as delivery comes in. Surprisingly, the main driver in charge of the trucks ran away with the trucks, after some deliveries.

Secondly, let’s look through his political trajectory. He came into political frame after emerging as top three out of a large number of Presidential aspirant in the SDP Presidential primaries with my legend M.K.O. Abiola – M.K.O. being first, Baba Gana Kingibe emerging second, and Atiku Abubakar as third. Since margins were close, they ran for the second voting option to decide the ‘clear’ winner. However, if he had teamed up with Baba Gana Kingibe from the same North East with him, Kingibe would have had over 2,000 votes above M.K.O in the second primaries (since politics is a game of numbers), but Atiku decided to team up with M.K.O Abiola. After M.K.O emerged, he chose Kingibe as his running mate. The permutation was that Atiku’s time would come, after M.K.O’s Presidency.

Thirdly, as Vice President, he led the Economic team under President Olusegun Obasanjo. Despite allegations and accusations of corruption on the entire Presidency, the economy looked bright – during this time was the birth of GSM and the internet revolution emerged in Nigeria, albeit late compared to the other parts of the world. I researched and gathered that Atiku recommended a lot of technocrats to Government. As much as I feel the three Presidents under the PDP could have done better than they did, I must admit fairly that compared to the APC, the PDP has consistently appointed technocrats in Ministries, Department, and Agencies (square pegs in square hole) in government across the geopolitical frame of Nigeria. Some of the leading Presidential candidates such as ‘ very competent’ Professor Kingsley Moghalu and ‘truly committed’ Dr. Oby Ezekwesili were appointees of the PDP government, except for the ‘down-to-earth’ Omoyele Sowore and ‘humane’ Fela Durotoye. Even Governor Nasir Elrufai served in PDP for 14 years out of the 16 years of PDP’s reigns.

Now back to Atiku, after serving as Vice President, his name was mentioned with the Halliburton scandal, but most people I ask, don’t even know about this. So where did the tags of ‘evil’ or ‘corrupt’ come from, when they never heard of Halliburton? But also, in the same Halliburton scandal, Atiku was never indicted. And it is improper to shave the man’s head without trial convicting him as being deserving of it. But still, even if Atiku is guilty by some public opinion, not by ‘court-pinion’, then, would that qualify him as ‘evil’? On privatization of national assets, wasn’t Governor Nasir Elrufai, the Chairman of the Bureau in charge of privatization?

Lastly, Atiku fought his boss, Chief Olusegun Obasanjo, against the third term agenda. I gathered he sponsored parts of the move financially for his personal interest in becoming President. Ambitious, he is, but was that cause a worthy one? Frankly, Yes! Was that enough to tag him as ‘evil’?

Where did this ‘evil’ tag on Atiku come from? Perhaps, President Olusegun Obasanjo helped shape the narrative our ‘subconscious’ perception of Atiku as ‘evil’, as ‘corrupt’ by constantly picking him up and tearing him apart on national and international platforms, and before the press? Perhaps, not!

Or is this a case of history repeating itself! I remember in the narrative the military gave us in 1966, they stated corruption as a reason for overthrowing the first republic’s political leaders, but evidence on ground now, showed those leaders built institutional legacies. Most of which the military could not surpass in over 30 decades of ruling Nigeria. So, where did the allegation of corruption that the military sold to us, and we believed in, come from, at that time, and what has it lead us to?

In this elections, let’s check, ‘are we following the same narrative that the military gave us?’ Or is Atiku by evidence ‘evil’?

P.S: My idea behind writing this piece from research, is to probe the subconscious national mind and debate within ourselves whether some of our assumptions are consistent with evidence or rumors. Thank you for reading and sharing. 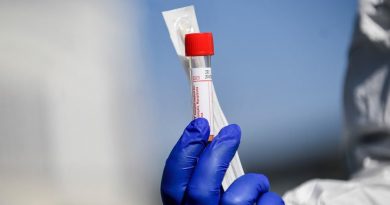