The Good Governance Campaign, a coalition of at least 12 civil societies, has called on President Muhammad Buhari to declare his health status before the 2019 elections.The coalition made the  demand during a march along the old toll gate end of the Lagos-Ibadan Expressway, on Thursday.

Obatungashe Adebayo, the President of Equity and Justice Movement, one of the organisations that made up the coalition, said the country cannot afford to have a leader that is sick and will not be able to govern.

He said: “We want the President himself or his physicians to come out to tell us his state of health to be sure that the President is capable, and he can rule this country for the next four years when people give him the mandate.

“We love him; we are not against him. What we are saying is that we love him the same way we love this country and we are stakeholders in the developmental agenda of this country.

“We cannot afford to see a leader that is sick and will not have the capacity to run this country the way it is supposed to be in the developmental programmes that have been outlined.” 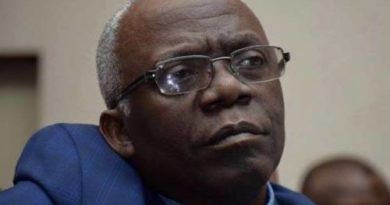 DeSantis wants to reopen schools since Walmart is open: “Educating our kids is absolutely essential”