LONDON, Jan 25 (Reuters) – Spot activity was subdued after a flurry of Angolan purchases by Chinese refiners while on the Nigerian side, traders waited for more tender results.

* Bonny Light and Qua Iboe were being offered around dated Brent plus $2.50, or at a premium of 90 cents to the official selling price.

* The March Angolan programme has been selling quickly with less than half the cargoes remaining. State firm Sonangol sold all its spot cargoes at the end of last week due to high demand from Chinese independent refiners.

* India’s IOC awarded its tender for crude loading March 12-21 to Vitol, traders said, for 2 million barrels but grade details were not known.

* Taiwanese refiner CPC has issued a tender to buy an unspecified amount of light, sweet crude that closes on Thursday.

* Another Indian refiner, HPCL, is running a buy tender that could draw in West African crude. The tender closes next week.

ICPC Uncovers $919,000 Kept In Secret Account By Government Officials Since 2014

Nigeria may break up, it has cracks –  Boss Mustapha 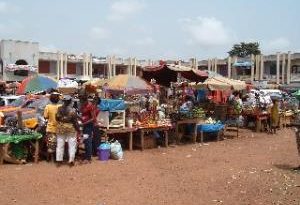 Fragrances mean a lot of things to different people. Some scents evoke emotions associated with our past; others carry sentimental

All Your Questions About The COVID-19 Vaccine and Facial Fillers, Answered