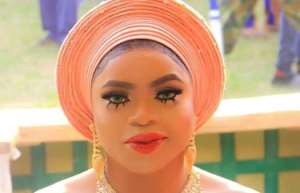 ....... God bless High Chief Tony Anenih..... The spirit of Anenih, has risen at this Election, by balefuly conquering, all the sordid evil and rituals of Tinubu and Adams Oshiomhole.... Telling them both, Tinubu and Oshiomhole, that, he made them who they are today, ... and that with Edo state election , their End has come to an End.....High chief Tony Anenih remains the political Oracle, and definition of the progressive advancement of Edo nation.... He will be very happy that Edo state is Back to PDP ...... Congratulations to the Efforts of his political sons, like, chief Tony Azebheni PDP state , chief Dan Obih, and the inestimable efforts of the National leader of Edo state PDP... High chief Tom Ikimi.... When Esan stand for you,we stand with you to the End, a lesson for the Benins to borrow a leave from....is now BENESAN against the AFEMAI... ... You forever remains a winner... God Bless Esan nation, God bless PDP, and Congratulations to High chief Tony Anenih of blessed memory and congratulations to my Able Governor Godwin Obaseki. ... See MoreSee Less

Esans do not struggle, for what they want, What belongs to us Esan, comes naturally to us Esan, our history has over time proven so, and that is the way it is..... Esan 2024.God bless Esan nation . Amen.

You are mumu man

Una sure say nor be dead body dey reason here so

He will have Obaseki to contend with. #Obaseki2023

There is no wealth as befitting as having the people by your side.
Thank you brothers and sisters for taming the lions and tigers. Where is yewande oyewole? I need to see u at the victory party ... See MoreSee Less

EBONYI ACCIDENT: Eight more bodies recovered, as no provision of PPE for divers