Omoyele Sowore, presidential candidate of the African Action Congress (AAC), has restated his commitment to “coalition talks” if they arise.

He stated this in response to the decision by Oby Ezekwesili to step down as the presidential candidate of the Allied Congress Party of Nigeria (ACPN).

Ezekwesili had announced her withdrawal from the race earlier on Thursday, premising her decision on consultations and the need to work with a coalition.

Sowore commended her decision, stating that Ezekwesili’s participation in the presidential race brought a level of enrichment to the discourse on national affairs, in the effort to chart a new course of development for the country.

A statement by Sowore, issued on Thursday, read: “Earlier today, Dr Oby Ezekwesili stepped down from the presidential race. I want to thank Dr Ezekwesili for her service to the Nigerian nation. Her participation in the presidential race enriched the level of discourse and demonstrated that a new breed of committed and patriotic individuals, who are not part of the establishment parties, have emerged to offer Nigeria a new direction.

“Dr Ezekwesili’s departure from the presidential race and her renewal of her commitment to a progressive platform that will reclaim Nigeria from 20 years of corruption and inept leadership under the APC and PDP, has renewed calls from a broad section of Nigerians for coalition talks.

“I have always believed that it will take a true partnership of progressives and committed patriots to move this nation forward. It is not just politically pragmatic to do so, it is the way that I have always worked. Every political battle that I have waged on the behalf of the Nigerian people has been done through coalitions and partnerships. For instance, it took a coalition that involved the students’ movement, pro-democracy organisations, progressive politicians, human rights groups and labour unions to fight against the annulment of the June 12, 1993 elections. A similar coalition was necessary to force the military out of our power and restore democracy in 1999. That is why the TakeItBack Movement and the African Action Congress have remained supportive of various efforts towards building a unified platform. We have never ceased talking, engaging and working with other organizations, parties and individuals, towards building a unifying platform.”

He also thanked Fela Durotoye, presidential candidate of the Alliance for New Nigeria (ANN), who has also indicated his readiness to step down if coalition talks come up and another candidate emerges through a “transparent process”.

The statement continued: “I also want to thank my brother Fela Durotoye for his public reaffirmation of his commitment to that process. It is important that Nigerians know that for the last four months my team and I have been in discussions at various times, under various auspices, with the Durotoye, Moghalu, Ezekwesili and Duke teams. I reaffirm my commitment to that effort.

“We will continue to push forward with our goal of reclaiming Nigeria, conscious of the fact that this is a vision that is shared by tens of millions of our fellow country men and women. United we stand!” 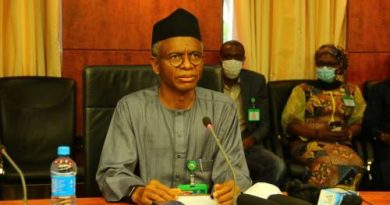