Corruption of electoral processes has been one of the country’s headaches over the years. Asides the robust population figures, multi-ethnicity and over 500 languages, Nigeria is also blessed with poverty. Corruption in electioneering processes cannot be discussed without a gaze into the country’s population, division in classes and brackets of ends-meet possibilities.

According to UNO fact sheets, Nigeria has 195million population. In contrast, according to a recent Nigeria Economic Report, it has one of the world’s highest economic growth rates in the world with average 7.4% and also the newly crowned world’s poverty capital, taking the lead from India about 7 months ago as reported by Brookings Institution. Figures also surfaced that out of the 190 million Nigerians, 87 million is in extreme poverty, totaling 45.8% of its populace.

However, in a country where the rich are more than the poor, there are high tendencies of inducement by the rich who form the upper class of the society. In the Nigerian context, it is crystal clear that poverty has made corruption a rightful offering into the pockets of poor Nigerians, which has caused a lot of inimical multiplier effects and consequently militate against good governance.

On a recall account, I zoomed out of Abuja last Saturday by road for Osun State, southwest Nigeria. While at a suburb of Lokoja, Kogi State capital, we had a stop for maintenance sake and for passengers to ease themselves. I was waiting and checking my mail inbox till a fair, tall, with curly jelly hair lady moved towards me with quite fascinating begging skill. I gave her the attention and kept my phone to listen. “Aminah is my name,” she told me with a little grim on her face. Amina was evacuated from Niger Republic by the forced effects of insurgents and now a societal refugee in Nigeria.

I was at the start not moved till Aminah told me she’s 16 and this makes her fourth year in Nigeria, just to get something to her throat by any means. I asked any means? She didn’t weigh the ambiguity of her “any means” even when I emphasized it. Then fear stared at my inner mind with grief.

She later divulged that they made it to Nigeria through the raze of her family and home by insurgents in the country. I was made to understand the situation of things in her country presently and how poor the nation is, claims of which some have been fact-checked to be true.

I wasn’t only moved but carried emotionally when I saw her waving hands to Nigerian almajiris passing by us, showing how coordinated poverty links Niger refugee-turned beggar in Nigeria with Lokoja-parented children.

I was also tutored by her expression how brilliant she could have been an asset to her republic if the crisis has been managed by the country’s administrator. Aminah speaks her language well as well as Hausa, pidgin and little of English, meaning she’s not only brilliant but has a unique brain with competence in language mastery and quite awesome performance.

In Nigerian context, if Aminah should have PVC and is of suffrage age (18), what do you think will happen to her mandate with N2000? If to be induced into commercial sex life (which I am still doubting), will she renounce it and stay hungry?

Minutes later, she protested with a semi-angry face saying “who are you? You are asking me too many questions now; give me money for food and let me leave.” I handed something to her from my pocket and she set off.

I can say, after the demise of Africa’s frontline nationalists, most are just here to devour the treasure and fill their pockets. Some are even saying Africa is under spell. I checked and realised we aren’t; but we are just too down in terms of human development as we always care less for our race, which has been inflicting us with poverty.

Snatching of ballot boxes and stuffing, impersonation, inducement of voters by cash, disenfranchisement by collection of voter cards through copying of serial number, stomach infrastructure programmes et al, have formed the mechanisms being in use over time by politicians to take the mandate of the poor and leave their conscience hanging with unfeasible plans across the tenure.

In the third quarter of 2018, Nigeria’s unemployment figure reached 20.9 million. This set of people are being used for all forms of violence as an idle hand is the devil’s workshop. The Center for Development and Democracy (CDD), an advocacy group, noted high rate of vote buying in Ekiti and Osun elections lately last year.

Several governments have been observed by Nigerians as infinitesimal amount since 1963 are trusted. Each government campaigns on alleviating poverty, but only a few have really projected the notion. Former President Goodluck Jonathan’s SURE-P program, Aregbesola of OYES, Operation Feed the Nation of 1976, 2001’s National Poverty Eradication Programme (NAPEP), amongst others till the present government’s N-Power scheme, Trader Moni et al, are (were) established to victimize poverty, but still shadowy of management and structure.

Moreover, to occlude electoral corruption for transparency, peaceful, fair and free election, putting forthcoming election into consideration, the government needs to put long-lasting poverty alleviation control measures in place and feasible systemic plans to man the human development sectors, not a temporal or in campaign form.

If poverty is alleviated, corruption will be capsized into barest minimum as a hungry man is not ready to think about tomorrow without today’s food. It will be noteworthy to state that aside poverty alleviation, there’s also a dire need to highlight the impact of the government to fuel the fight against illiteracy in the country. It has been observed that poverty-ridden Nigerians and school leavers constitute the mercenaries used by politicians in disrupting elections, while their mandate is easily taken with a token of cash and gifts (for instance, the proverbial Aminah’s story expressed earlier in the article, exemplified as a Nigerian).

Also, the consciousness of the people should be awakened vis-à-vis the enlightenment role of the media. The fourth estate of the realm should be more active in periods like this. Discussion pertaining to election should be issue-based and not on frivolities or taking sides as is currently seen on some sides of some newspapers.

Moreover, election enlightenment programmes should be aired in indigenous languages to aid understanding by the contemporary illiterates as election misreporting is an electoral fraud as, according to Transparency International just as misconstrued report is dangerous to societal wellbeing.

According to Paul Collier, an Oxford scholar, “without an uninformed electorate, politicians will continue to bottom billion merely for photo opportunities rather than promoting real transformation”.

A nation that masters its human resources, human capital index, sees to the alleviation of poverty and gives education and its management a core sound in the yearly budget tune, is prone to have a transparent, peaceful and credible election come February 16 and March 2. 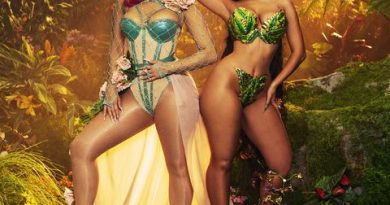 Bebe Rexha Breaks Down the True Story Behind Her New Single