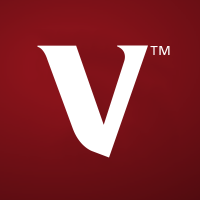 Vanguard Global Chief Economist Joe Davis discusses recent actions by the Federal Reserve Bank and lays out his team’s predictions for 2019, which include additional incremental rate increases–up to but not above the roughly 3% range.  Even in a tight labor market with the likelihood of continued modest wage growth, Joe explains why he does not foresee core inflation rising above 2%.

Other highlights from this webcast

Rebecca Katz: Well, we do have a question in from Douglas, who was asking about whether the Fed will slow down its increase in interest rates. You said you expect 2 interest rate rises next year. Is that slower than expected? Do you think that they’ll have to take action, depending on what economic indicators are showing?

Joe Davis: So the Federal Reserve has raised rates 3 times this year and anticipated to raise rates next week, so that will be 4. That was our forecast. I think, as we go into 2019, our long-held view for 2 years has been they would have that plan in 2018. There were some doubts whether they would proceed in 2018. I think the labor market emboldened the Federal Reserve to continue to gradually raise rates. And we still are of the mind that they will only raise the rates twice next year.

Now the Federal Reserve believes—at least their last forecast was—they were going to do a repeat of 2018. They were going to raise rates more aggressively than we were anticipating—although still gradual—4 times next year. That would take the federal funds rate, short-term interest rate, say, a money market rate, to roughly 3.5%. We’ve long felt that, for a number of reasons, they would be hard-pressed to take rates above the high 2%, roughly 3% range. And our arithmetic in a lot of the analysis we’ve done, we still maintain that forecast.

Now the recent market volatility, the concerns have switched from is the Fed going to go 4 or more next year to are they going to go at all? We still stand by our analysis. Again, we’ve been wrong in the past. We could be wrong this year. I still think the risks are balanced, despite the volatility we’re seeing, whether or not they deviate from our 2 federal funds rate path.

Rebecca Katz: So the Fed does this in order to try to hit an inflation target. What is our prediction for inflation? We probably take more of a long-term point of view, but our viewer’s asking about our kind of near-term inflation outlook.

Joe Davis: One, I think the inflation outlook will have a lot to do with it. And one of the reasons why for a long time we have not had the Federal Reserve being more aggressive, as aggressive as the Federal Reserve themselves think, is because our inflation forecast differs a little bit from the Fed and from some other asset management companies. We do not believe that we’re going to see core inflation, which is what the central bank targets. It was below 2%. They’re aiming for 2 over the long run, and it was in the low 1% range. We thought it would cyclically rise this year. It generally followed that trajectory, and now they’re close to 2. We don’t think it’ll keep going.

Joe Davis: No. There’s a number of reasons why we think 2% is a reasonable expectation. If anything, it’ll slightly start to—

Rebecca Katz: I’m surprised because it’s a tight labor market, and you would expect that to push up prices, wages.

Joe Davis: It’s tight labor. That’s how some would characterize it. We do not believe, and I think we have evidence, analysis on our side, that just because we have increases in wages, which I hope for, for all employees—

Rebecca Katz: For all of us.

Joe Davis: —that does not necessarily at all mean that we will see a rise in the passage of prices charged companies because the alternative you can have is a slight decline in profit margins.

And I think it’s harder to generate inflation above 2% in the digital world where we still have, generally speaking, global forces at play. History will determine. If we are wrong this year and the Federal Reserve does follow through on their path to 4%, it’s because inflation went above the 2% target. But I don’t think—if anything, what we’re seeing in the market right now with the decline in oil prices, the strength of the U.S. dollar, if anything, they are modestly deflationary because they will keep down energy prices and import prices at the margin.

Now we have tariffs as an offset, but all of that washes empirically. And so wages—higher, yes, I would hope so. And I think there’s a reasonable expectation for continued modest wage growth. But that does not necessarily mean that we pay higher prices for the consumer goods that we purchase. 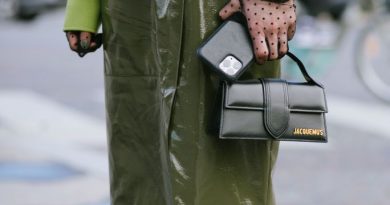 The Outnet’s Black Friday Sale Is Where You Can Score Jacquemus, DKNY, and More

The Chief of Takoradi, Osahene Katakyie Busumakura III has praised the New Patriotic Party (NPP) Government for the massive infrastructural