LONDON, Jan 23 (Reuters) – The Nigerian crude market remained strong on Wednesday, with sellers feeling confident enough to offer Bonny Light and Qua Iboe around their highest in over 4 years, while Angolan continued to trade at a brisk clip.

Shortages of Libyan crude, as well as Algerian and a smaller export programme for CPC, as well as strong demand from refiners in both Europe and Asia for distillate-rich grades have pushed up diffs for a number of key crudes to multi-month, or in the case of Nigeria, multi-year highs.

* Bonny Light and Qua Iboe were offered as high as $2.50 a barrel above dated Brent, although two traders said buyers were reluctant to step in at these levels, which are the strongest for these two grades since June 2014, according to Refinitiv Eikon data.

* Nonetheless, Repsol was said to have loaded a cargo of Qua Iboe bound for their refinery in Peru. The Spanish group previously took Amenam to the 117,000-barrel per day La Pampilla refinery.

* Less than half of the Angolan March loading programme was said to be available for sale on the spot market following the term allocations by state company Sonangol to regular customers.

* Petroperu has issued a tender to buy 760,000 barrels of either a Latin American, U.S. or West African crude for March loading.

* Thailand’s PTT closed a buy tender for sour crude for loading between March 20 and April 10 on Tuesday but results did not emerge immediately.

* Taiwanese refiner CPC has issued a tender to buy an unspecified amount of light sweet crude that closes on Thursday. The company has taken an increasing amount of U.S. shale rather than West African crude over the last year.

* Indian refiner HPCL is running a buy tender that could draw in West African crude. The tender closes next week. 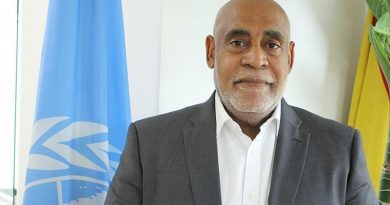