A guy told me yesterday he opted to be an INEC ad-hoc staff for the upcoming elections.

At the so-called orientation/training, an INEC staff told them if they are offered a bribe, they should collect it and afterwards write a report.

Now, maybe the intention was to tell them to show cooperation by collecting the bribe to save their lives but the whole ideology is faulty to me.

When you collect a bribe or any money from any official (called bribe or not), you have automatically signed up as part of the failed system. Your report afterwards stating they bribed you would be meaningless.

This is a similar message they passed to us too during the 2015 elections and I did something that may have cost me my life as an INEC presiding officer somewhere in Rivers state.

I was excited to be part of the Nigerian elections when selected as a presiding officer in 2015. I went with an open mind and never knew it could be a battlefield.

After the orientation, I knew something was wrong with that logic but then I knew I could never take a bribe… Hard man, hard man…

PDP officials offered me money which I collected because the man who gave me said it was not a bribe but to encourage the good work we are doing.

As it sounded that way, I felt, oh, not like he wants me to rig election for his party.

This was done in the presence of some hoodlums surrounding me. The money even given to me is similar to those monies that ought to have been destroyed by the CBN. This I believe because a man there told me they use back channels to buy these “supposed to be destroyed” Naira notes from inside sources in CBN.

The ward in question was PDP dominant for the Guber but they all showed neutrality for the presidential elections.

I could remember during the Guber, an APC member was killed by same hoodlums when he proved stubborn… I was in unit 2. It happened about three units away from me.

I hid about 110 ballot papers because the ballot paper supplied me was more than the number of registered voters. They surrounded me that they wanted to thumbprint everything. I would not release and when I saw a man with a gun heading towards me, the policeman who was placed to guard my unit advice I do what they ask.

I released about 30 when my life was threatened but they never knew I had hidden a lot of them. (30 excluding the 110 I had hidden).

To my greatest surprise, the ballot papers I returned to INEC was later sold out to one of the political parties… This I know for a fact because a man who mocked me for not cooperating later came to say they got the ballot papers back. One of the rooms in the INEC premises was used the massive thumb printing. Corp members sitting on the floor to do massive thumb printing for PDP then.

A lot of youths (especially Corp members) were the ones who put president Buhari there through their get rich or die trying mentality.

I’m not excluded from this because when I refused to allow mass thumb printing, they all shouted that “shebi they have settled you, people”. I was mad and angry and replied they can come and collect the money (I wasn’t sure if I would live to tell this story. I thought I would be shot that day).

I later found out, they gave money to everyone.

My SPO was settled.

All INEC ad-hoc staffs were settled

To some Corp members who made about 400k selling ballot papers are still without jobs till date.

At the end of the elections, INEC paid Corp members who participated about 8k for some and 13k for others. Can you imagine!!!

I may have won the battle but I lost the war.

So as we hope to get a better result this year, kindly note that the Nigerian system is toxic and good people die each day.

INEC is a compromised institution and they could drag you into it as a purposeful youth. If you are posted to a neutral ward, fine.

But always find out the dominant party of that ward… Take note of the violence that could occur and take note of escape routes just in case things go south.

Because even as you run, the security officers would also run faster than you.

Corp members that die during service are never remembered. Some had 250k sent to their families as compensation but only about 100k got to them.

If you hope to see this country grow, don’t bother collecting a penny even if they call It appreciation money or money for soft drink.

You could lose your voice.

I collected 50k that day and it was used to pay off my debt for the career trainings I took part in valued at 60k in total (PMP 20k, OSHA 40K)… 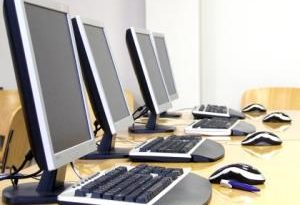