* Strength may be short-lived

By Alex Lawler and Amanda Cooper

LONDON, Jan 23 (Reuters) – Crude oil markets in Europe and West Africa have made a strong start to 2019 as Libyan supply losses and strong demand in Asia offset rising U.S. exports.

Nigeria’s biggest crude grade, Qua Iboe, was being offered this week at a $2 a barrel premium to benchmark dated Brent, a 10-month high. In the North Sea, Forties crude reached its highest since October on Monday.

The strength comes as global oil producers led by the Organization of the Petroleum Exporting Countries are embarking on supply curbs to boost prices, and due to other involuntary supply losses such as Libyan outages and U.S. sanctions on Iran.

“We would expect some more support to be coming through for physical crude right now,” said David Reid, an analyst at JBC Energy in Vienna.

“This is because we see a deficit in the crude balance from a trading perspective, which is quite pronounced this month.”

In other signs of strength, Russian Urals crude in the Baltic BFO-URL-NWE has risen to its highest in five years, predominantly driven by a shortage of similar distillate-rich medium sour crudes.

The rally was not expected by some in the market.

“I am quite surprised,” said a trader focusing on North Sea crude. “I thought there would be more pressure on the market given the extra U.S. barrels that are coming over. But there is huge demand in the Far East and outages in Libya.”

The United States – not part of the OPEC-led supply-cutting pact – is sending more oil abroad and in late November exported more crude and fuel than it imported, for the first time on record.

Nonetheless, unrest-related losses of crude from Libya’s largest oilfield – similar in quality to Nigerian and North Sea grades – have offset this.

El Sharara, which produces 315,000 barrels per day, was taken over on Dec. 8 by groups of tribesmen, armed protesters and state guards, and traders say it remains shut.

Libya is not the only place where supply is falling short. Lower supply of Algerian Saharan Blend, as well as a smaller export schedule for Kazakhstan’s CPC Blend, has drawn a number of Nigerian cargoes to northwest Europe.

There, as well as the gains seen in Forties and the other four crudes that underpin dated Brent, traders say the less visible North Sea crudes are already sold out for next month, reflecting a tighter market.

Indicating the same, Brent crude futures for immediate delivery are trading at a premium to the second month LCOc1-LCOc2, as are the short-term Brent swaps called contracts for differences used to price dated Brent, the benchmark used around the world for physical oil trades.

This structure, called backwardation, is a sign of tight supply boosting the value of oil for delivery soon. But the rest of the Brent futures curve to mid-2019 is in the opposite structure, contango, suggesting ample supply.

Some traders do not expect the strength to last, saying supply in the West African market is not tight.

Not all West African crude differentials have risen – those for heavier Angolan grades are down, JBC’s Reid said, adding that poor refinery profit margins in a number of regions were a downside risk.

In addition, this kind of market structure in the CFDs can act as a double-edged sword, traders say. Having oil sitting idle on a tanker for the journey from West Africa or from the North Sea to the heart of the Chinese teapot industry in Shandong becomes expensive when the market is in backwardation.

“The irony is with backwardation now creeping into the CFDs, my guess is we won’t see any further price rises,” another trader said. “It takes value out of delivered-based pricing shorts.”

Even so, sellers are enjoying the moment. Qua Iboe is being offered as high as dated Brent plus $2.50 by some cargo owners. A trade at that level would be the highest since 2014, according to Refinitiv Eikon data.

“Sellers are very bullish,” a third trader said. “I’m a bit flummoxed as the fundamentals don’t support it.” 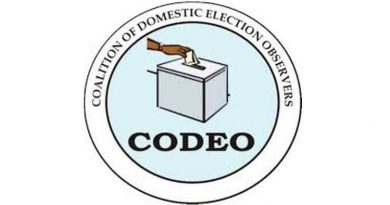