My online friends are very funny with some bi-faceted idea of the new world we are in. This new generation has been bangled into believing in the  crass conduct of overnight politics. I have  friends who are interested in the engagement of partisanism, and I have many of them with their locally made patched and gravy excellence of how to make the best. The debate contest on January 19 at NEDG and the inconspicuousity of the reaction of the PDP presidential candidate roped by the action of the APC candidate could have been a sail-able excuse if they were not sandwiched with statements filled with bastion and theft of emotion.

The Presidential debate came in full handy with the presence of Kingsley Moghalu, Fela Durotoye and Oby Ezekwezili and was supposed to be made interesting with the presence of the duo of Atiku Abubakar and Mohammadu Buhari. As the debate stepped up, we received news from Atiku that he couldn’t attack Buhari in his absence. And Festus Keyamo also issued a statement to state the reasons for his bosses absence.

What is the misconstruction about this? Itse Sagay had also said Buhari did not need to attend a debate where he would only speak headlong with motivational speakers. The Chairman of the presidential advisory committee wouldn’t have said that if he finds someone to remind him of his Seniority in the Nigerian advocacy. It was a stunning moment of expectation to see if Buhari would not be available. The presidential candidate and his vice president were later reported to have attended a commissioning program – which birthed a question of schedule. Yes, do they lack schedule? They obviously knew about the debate beyond the day. The Vice Presidential debate was held in December, and so far, disorganization could not have dawned on them over the night, but we heard, they wouldn’t be able to attend a program that could be postponed for a debate that happened at the President’s doorstep. This ushered three aspirants which Nigerians are not ready to vote for and hence, leading us to a nation of landmarkism.

These old people have given enough marks to be remembered. The manner in which we acolyte after the political will of the oldies is alarming and futuristically prophetic. We have no hope for the newbies: the newbies who were even once the minister of education, deputy governor of CBN and a strong public speaker who can be an exemplar of Obamaism.

In 2018, Buhari made a talk where he gave an evidence that all the 60% of Nigerian youth are lazy: they want money cheaply and so on. This man went country to country to make the imaginations of investors opaque about the royalty, loyalty, dignity and integrity of Nigeria and Nigerians.

For the umpteenth time, the present political bigotry hovering over everyone’s innocence is just a crass mask on intelligence. Some people had started their form of suck, to stop anyone that would affect his (Buhari’s) re-election. I can’t blame choices, but I can only blame reasons for choosing.

The last presidential debate saw three people appearing at the NEDG on January 19 with their plans well tabled before everyone, but I think we are sweetened by the prison we’ve put ourselves. Einstein said you cannot provide a solution the same way you’ve created the problem. Let’s forget the absence of these two people at the debate. Why should you even expect them? The Nigerian-Americans are supporting someone who lacks objectivity. Someone who swore that he will privatize NNPC even if they would kill him or the other who does not even understand a simple ranching and route? Absconding from the debate is double standard for APC which was obviously lack of schedule. Then the PDP, who was not available to sell his idea to Nigerians, but wanted to attack Buhari is an albatross to sensibility. Election is not about voting for whom you think will win, or who has the highest chance, but it’s about whom you want to win,.whom you know will save you from this hunger that is wrecking your life and making you to think it’s for highest bidder.

The idea that your political structure has taught you to support the highest bidder will later lead you to curse that bidder himself – a journey of four years filled with political demeanor. You need a President of data and analysis. You need people who solve problems based on statistics and not a move to only give crumbs to hungry Marketers and illiterates. You need people who won’t read plans on paper and leave it on paper. You need people who would speak to the public and look to your face. Buhari and Atiku are hell no. But you see, we shall all see the result. This generation of thinkers is just a joke filled with political dunce and those political bigotry oldies are laughing at us. The person that supported not too young to run is now running against the young.

Why do we deserve this? Why do we really have the fear of doing a new thing? It’s not about trying new people, it’s about weighing, it’s about having the best. We have a former deputy governor of CBN and former Minister for Education contesting. These are products of freedom and independence. But we want to engage in recycling. 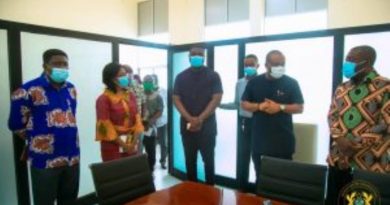 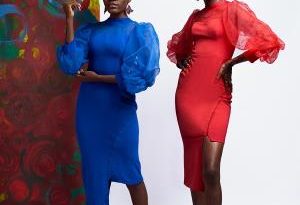